Immediately after pulling into the parking area at the ALDHA West Gathering in Nevada City, CA, I ran into WhyNot!. Soon Swami came over, the person who influenced me the most for this year's Vagabond Loop. Then, in utter excitement, Shroomer ambled over, his bright smile and positive vibes leading the way. I knew I was in the right place. 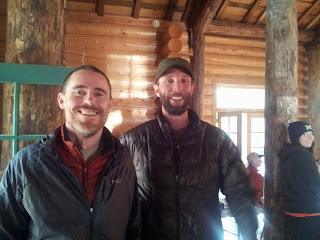 We swapped stories and adventures, the definite theme of the weekend. The best thing about these stories is that the particular story was a small piece of a big picture, a bigger adventure. I looked around and saw other hikers who spend half the year or longer living out of their tent and backpack. I was surrounded by other professional hobos. 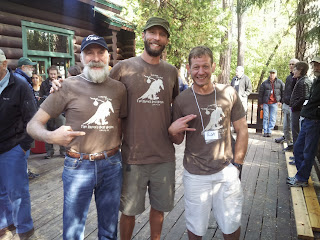 Other than the 2 weeks with Lint, I walked alone around the remote Four Corners. I walked into towns or hitched rides with a burly beard, shredded clothes, bloody shins, and a filthy stench. Despite my appearance I made friends. The people were incredible. Yet with all the trail magic I had a hard time relating to the people. Most thought I was plain crazy or a bum. Most couldn't get what I was doing.
Here, I could relate with everybody. I run into Anish, fresh off her unsupported record breaking PCT speed hike. I tell her of the text messages Lint would send me while he was hiking with her. I also tell her how I wished I was there with them and how those texts pushed me harder, for that was the only time on the VL this summer I had a chance to gauge my performance, though a skewed view. I talk with this incredible woman and see that she is wired, driven, differently than the rest, and it is infectious.
I finally meet Tatu Jo, another endurance athlete who is a former PCT record holder. I stumble over my words. I want to be cool like everyone there.
I bump into Snorkel, an amazingly fast hiker as well, one that I've heard a lot good things about. The list goes on: Trauma and Pepper are there. The lengendary Bink makes an appearance and an amusing speech for Tatu Jo as he is awarded his Triple Crown plaque. Yogi, Speedstick, Jester, Worldwide, Lost... 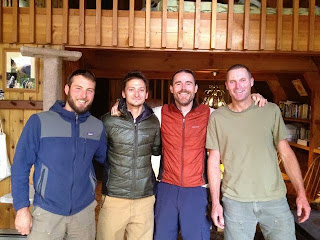 I am among my people. 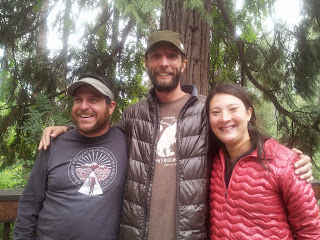 The keynote speakers begin. I sit in humility and with an attentive open soul hearing Swami speaking of his 14 Long Walks encompassing some 14,000m in 18 months. His wisdom is peppered with a youthful exuberance that instills a fervent boil in my body that I could hardly contain my emotion. Anish whirls the crowd with tales of endurance and the deep utter drive of the paincave. I almost crawl out of my seat ready to go mashing miles after hearing Lost speak of her logistics and travels across the Brooks Range in Alaska. Ian Reeves speaks with a sincere compassion about his South America amble. A very inspiring and caring man. 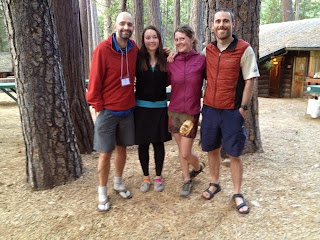 (courtesy of Swami)
The Triple Crown ceremony awards another 24 or so achieved hikers. I stand in the back of the large log-lined room, amid the palpable positive energy, as about 40 or so Triple Crowners, new and old, line up for a photo op. I could not wipe the big smile off my face. I never in my life felt so happy for a group of people. 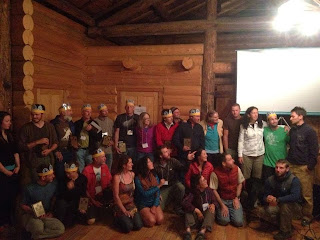 We swill away the night into the wee hours. The energy in the room I can never forget. The passion, adventures, the struggles, the blood, sweat and tears; the dreams accomplished by people who had the courage to follow their dreams. These people are the most richest people in the world. 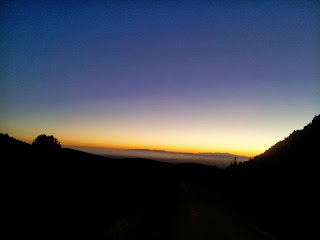 Driving back through the barren landscape of the Great Basin, I firmly know that I know what I will be doing the rest of my life. And I am rich, rich with the marrow of life oozing from my bones. I have not a large bank account, nor do I have classy clothes or a fancy car. But I have adventures, freedom, a supreme quality in what I do. 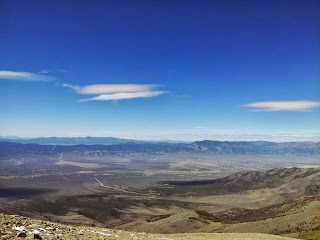 I arrive in Glenwood Springs exhausted, spent from such an inspiring weekend. I look around me in wonder at the kaleidoscope of colors and I go for a trail run blissfully through the Colorado Fall palette: the reds of the gambel oak, the oranges and yellows of the quaking aspen, the fading green of the cottonwood, all contrasted with the unbelievable brightness of snow. 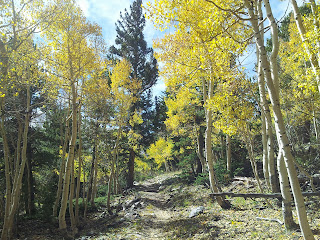 I am thrust back to work the next morning in Aspen. I am told I am working at a high-powered political think tank conference. It is top secret. No paparazzi are around, just faces I have seen on television. These people, so I am told, make very important decisions in the world. Their pockets are fat, their jet huge, and their ego even bigger.

Riding in the back of the SUV is a pretty young publicist and along side of her is an older man, his bright blue eyes popping out of his sockets, relentlessly flirting with this pretty young publicist. He constantly name drops (which if I am to do it will only be in the world of thru-hiking). He speaks with excitement, a stutter. He suddenly looks at me with his blazing blue eyes through the rear view mirror. He adamantly states: "You do know who you are picking up? Right? You have [a recent presidential candidate] riding in your car."

"Yea, that's what I've been told," I rather glumly and nonchalantly reply back to him. The pretty young publicists smiles a nervous smile at the older man. She rolls her eyes too. They're playing a flirtatious game. And I couldn't help think that if any of the thru-hiker names listed above got in my SUV I would be geeked out of my head.

A well-known comedian [talk show host on an entertainment channel] climbs into the back seat with his buddy. I blur out their conversation envisioning Jester hopping in the back. I think: Jester is way funnier than this comedian.

An Aussie actor and his wife pop in the back. The very friendly people they are, they strike up a conversation. Eventually, I bring up Swami, to me the most famous Aussie. These interactions happen quite frequently over the weekend. The wealthy and powerful get in my SUV and all I can think about is working this winter in order to wander next summer. I do not think about the potential to have a ton of money or a pampered lifestyle. I am not shell-shocked by the celebrity status of these people. I think of moving with the seasons, flowing with Nature, sleeping in the dirt, in a forest, in the mountains, with other hobos.

According to Wikipedia, a hobo is a migratory worker...

Maybe we could add ...who thru-hikes with the seasons, living a simple and fulfilled life.

Or maybe a hobo is a thru-hiker who is migratory worker, living a simple and fulfilled life. Either way I am a rich man. The ALDHA West gathering really showed me that, as well as the politically high powered top secret think tank conference. That feeling in Nevada, while across the barren Great Basin, of knowing what I will be doing the rest of my life is firmly cemented in me.

Thank you to all the other thru-hikers in the world who follow their dreams no matter the sacrifice. Thank you for having the guts to realize your passions and live part of the year as a professional hobo. 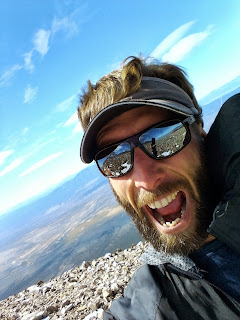 Posted by dirtmonger at 8:26 AM