Posted by dirtmonger at 4:09 PM No comments:

note: mileage and distance between sources will be updated soon
Posted by dirtmonger at 10:32 AM No comments:

Desert Trail: Scablands and Beyond 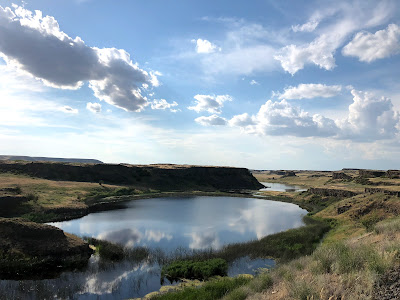 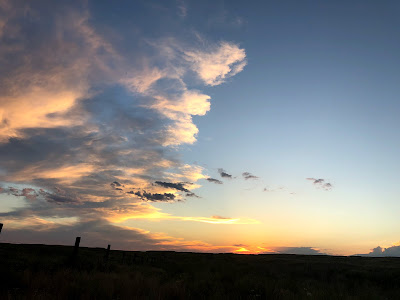 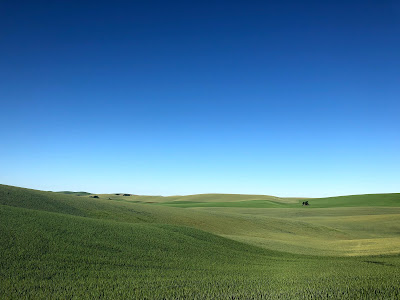 Every long distance hike is difficult and filled with challenges. You get out of it what you put in, usually all the guts and heart that you can possibly muster. It ain’t easy. You give the trail life, sustenance from each footstep making it a tangible. Then, the trail has a heart, a beat, a pulse. Months go into the planning for an endeavor that may take many months to walk. And, when you’re done, so many months afterwards, the trail never leaves you; you are always on that trail, the ‘trail of life.’ This may sound so corny, but it is true. The trail is always there, weaving its way through the corridor of your existence. The interesting thing is that the path ultimately leads no where, to the same ending. However, there’s a metaphysical difference between a trail of life and a trail.

So, does it matter, this connection, to make the Desert Trail complete? Even if the difference is only between people’s experiences on that trail? No. The trail remains the same, right? Yes. And, no. Reason being is I didn’t come to re-create someone else’s experience when geographic features changed dramatically. I want my own, while I want others to keep theirs. I hike for immersion, for an utter absorption within a landscape, a pilgrimage in time within a wild place. Naming a route that others will walk again matters. Because empathy matters, love for a landscape matters, sharing matters. Hikers who delve into a particular trail pay service to others and ultimately pay a route forward. Future hikers’ experiences are influenced by the ones prior. A group may come to manage the trail, to stand for what the trail stands for, and help cultivate experiences for other hikers. Anything done on your own is simply something different, an endeavor you should value. I had an experience like this, probably the biggest and most valuable experience in my life: the Vagabond Loop. I did this route for me, solely for me, even named it for me so I could honor a personal hero of mine, to honor a life I could only hope to have lived. Thinking someone would hike it again is out of my realm of thought because it was such a personal thing. If I did think someone would hike it again a different name would have been the case. Something like the Four Corners Loop. The difference is not the trail but the experience one can expect to have. This goes for the same of others trying to put together or hike other routes extending from Mexico to Canada. All this makes you think how special the AT, the PCT and the CDT are. As they connect the borders or span the entire Appalachia, under a themed route, the trails are not always capable to follow the themed geographic route due to natural barriers, private land issues, among others, and while they may move away from the theme to continue onward around an obstacle the distance is reasonable to re-attain the route while also remaining scenic and retaining the general character of the trail. 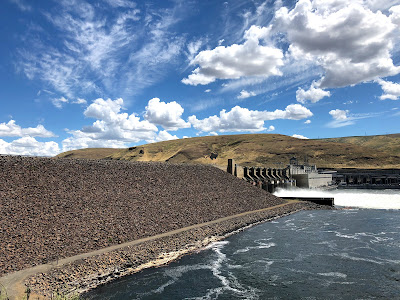 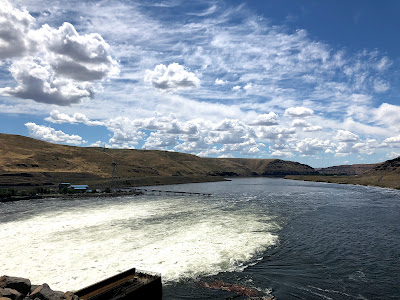 After the Wheatlands I crossed the Snake River on a dam and entered the Scablands. The Scablands are a bizarre and interesting landscape. Island blocks of basalt rock, sharp and abrupt columned cliffs, honeycombed walls with protruding rock painted with lichen, and gouged out channels from ancient floods on a super catastrophic level from so many years ago are the obvious characteristics. Giant potholes filled with water and pockmarked lakes dot the vast area, giant ripples bare of any soil show a hardened and wavy rock, purple wildflowers coat the grassy expanse, rattlesnakes lay coiled up on small cliff shelves and rattle differently than the ones down south, and I recognize the weirdness here, how it does have a desert feel. 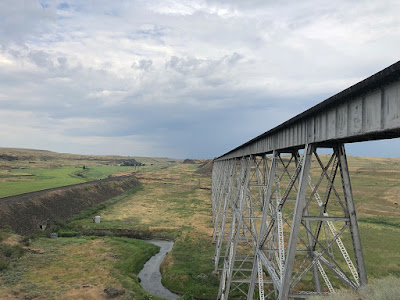 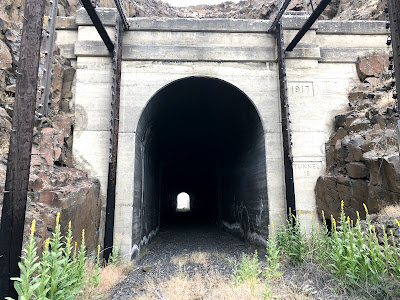 At the far end of a tunnel, on the abandoned railroad bed, I leaned up against the concrete wall and closed my eyes. Compacted chips of concrete littered the dank floor. I lifted my head up, the back of my head resting on the wall. The tunnel provided a wind break yet the wind whistled softly and eerily down the long burrow. I sat right next to where the plant life took over and barricaded the opening. What a beautiful and lonesome chamber I was in. The romantic bore of times past in the vast expanse of the Scablands and the scrawling of names and dates from previous vagabonds and travelers were scribbled on the walls reminded me of the hallowed grounds of a cemetery or a tomb. Some names were up twice, even three times. The chill of the wind sunk in as thunder rolled over outside. The wind would be sucked out and the air would fall inside and tumble down the tunnel. A light ringing of the ears developed inside my head. So many layers, the outside to the inside to the inside which is outside the heart but inside the soul. Within the dampness I remained hidden from the world. What romantic lonesomeness and isolation, this beauty, to be away from it all. The scrawling dates ranged from the late 20s to the early 90s. Simple taggings, just a name or initials and a date. Maybe one or two had a phrase written under the headline, but not much. I sat there thinking I would not like to have met these vagabonds of the past. I’m not like that; I don’t need the acceptance or the company. I’m happy with letting things be. I’m content with the scrapings of the past, the story of a tunnel told by the wind, the dank air, and the tall plant life. I find nostalgia in the scars of humanity while not looking for the connection. I get more connection and an understanding without them being there than with them being there. I cannot cast judgment on someone I cannot see or interact with. It’s like I’m protecting myself from any preconceived notions, like I would not like to not like these vagabonds of the past. They are better remembered than to have interacted with. I build people up in memory, those imaginable times; the invisibility makes people more likeable to me. It is not that I’m being misanthropic at all. It’s the etch in time where the etch should remain. In other words, I’m only concerned with my journey and the landscape I am in. I cannot relive anyone else’s. The trail is a foundation for a story. A themed route brings purpose to the traveler. That’s how I empathize, not in recreating someone else’s story, but soaking the story up through remnants, most importantly my story.

Walking into Spokane and out of Spokane with so many miles of pavement, I slowly wore down enthusiastically. I felt a bit defeated but continued. At this point, I could feel myself looking for short cuts, looking for excuses. To me, in my opinion, the Desert Trail ended long ago. And walking further north made absolutely no thematic sense.

At a pass on a forested crest, I found my excuse. I ran into two bears. One darted off while the other paced back and forth, a vibe of stubbornness and holding its ground emanated from the black bear. I slowly backed off and got back to the road. I knew if I went down I was never getting back up. 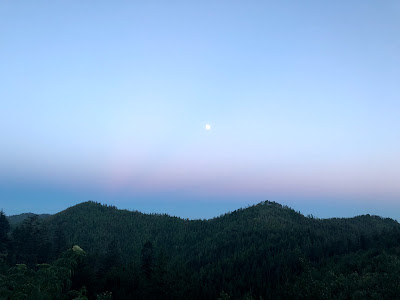 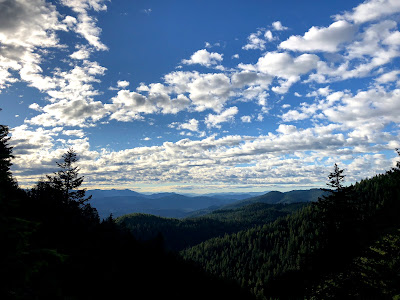 In the end, I got really tired of retracing Buck's steps as it wasn't the DT to me. I felt like I was following his journey and not mine. And that’s not what following a route for everybody is about. Maybe I’m wrong, maybe others would enjoy his extension, maybe not. This is just my opinion. I just feel something incongruous doesn’t justify an imaginary terminus. For roughly 1550m, the Desert Trail is an incredible themed route. It makes sense. I’m not one for groups, being a part of a club or anything like that, but I want to help to continue to establish this route through the desert landscapes I love. I can only do this by walking, feet on the ground, as well as to relate my experience on it honestly. Anything beyond that scope, I would dishonor the route.

So, one last day, I just pushed madly to within a mile of the border, something like 45m that day. I was over it and, in my own selfish way, I finished in a place that was on my own path. I finished the route in a different place that I had originally expected, intended, and even envisioned, in the rain, in a rain forest, and not the damn desert at all. I won’t post a pic of me at a monument between two nations, wearing my rain gear, trying to force a grin. (That pic is for me, proof for me).

My first paragraph from my first Desert Trail entry: ‘My trick in all this, I’m not letting you know what’s real. And it’s because I don’t know what is real. I slip into my own reality.’

The desert is but a dream. 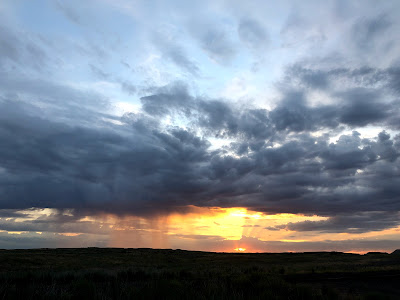 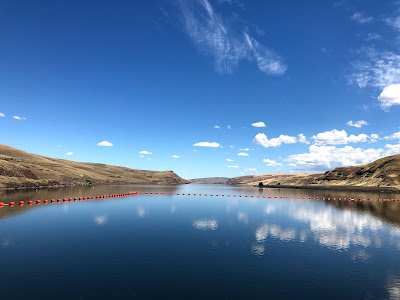 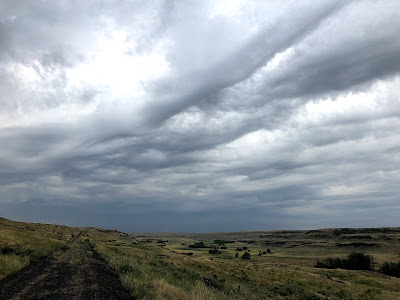 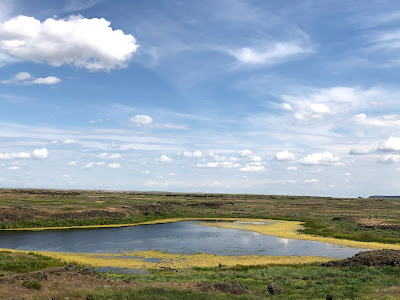 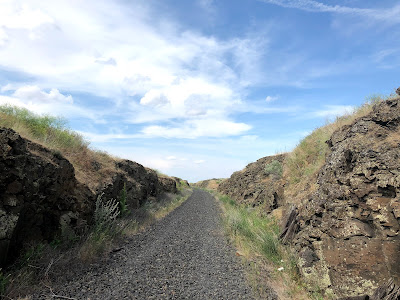 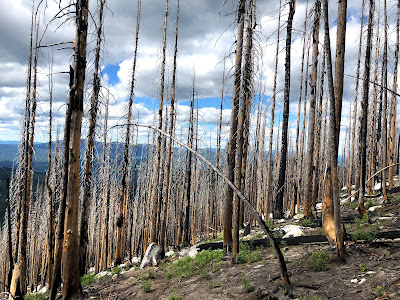 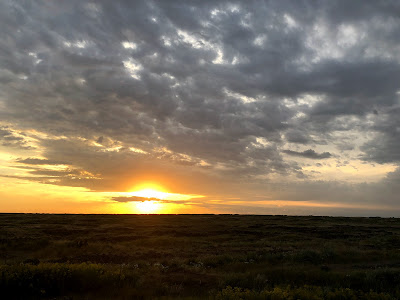 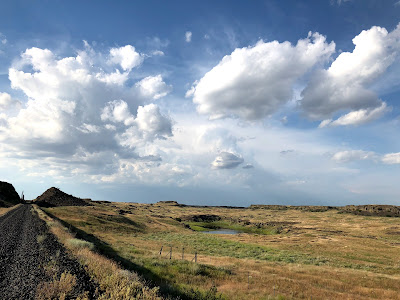