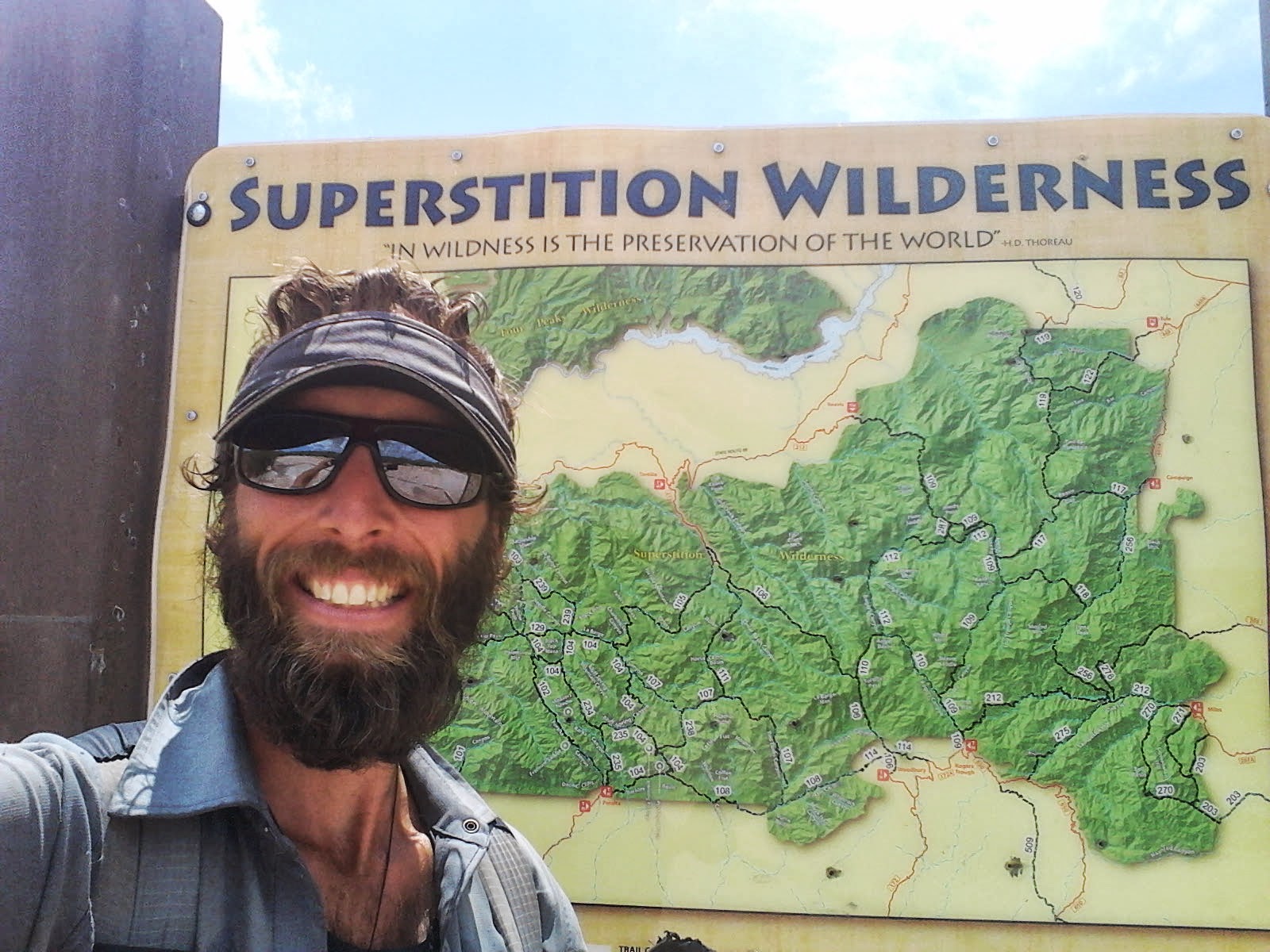 The ford of the San Pedro River was tricky. The gal who dropped me off the side of the highway told me it had just started to flow with water a couple of days ago. Normally a dry river channel with clumsy river rock scattered about pockets of soft sand, the River now looked like a brown, muddy roaring wall of water obstructing my way across into the Sonoran Desert. Instinctively, I plunged right on in, just like in Aravaipa Creek, except with a little more brashness. I had done this many times before and plus, what did it matter, this 'river' only had water a few days out of the year so it couldn't be that deep and dangerous. 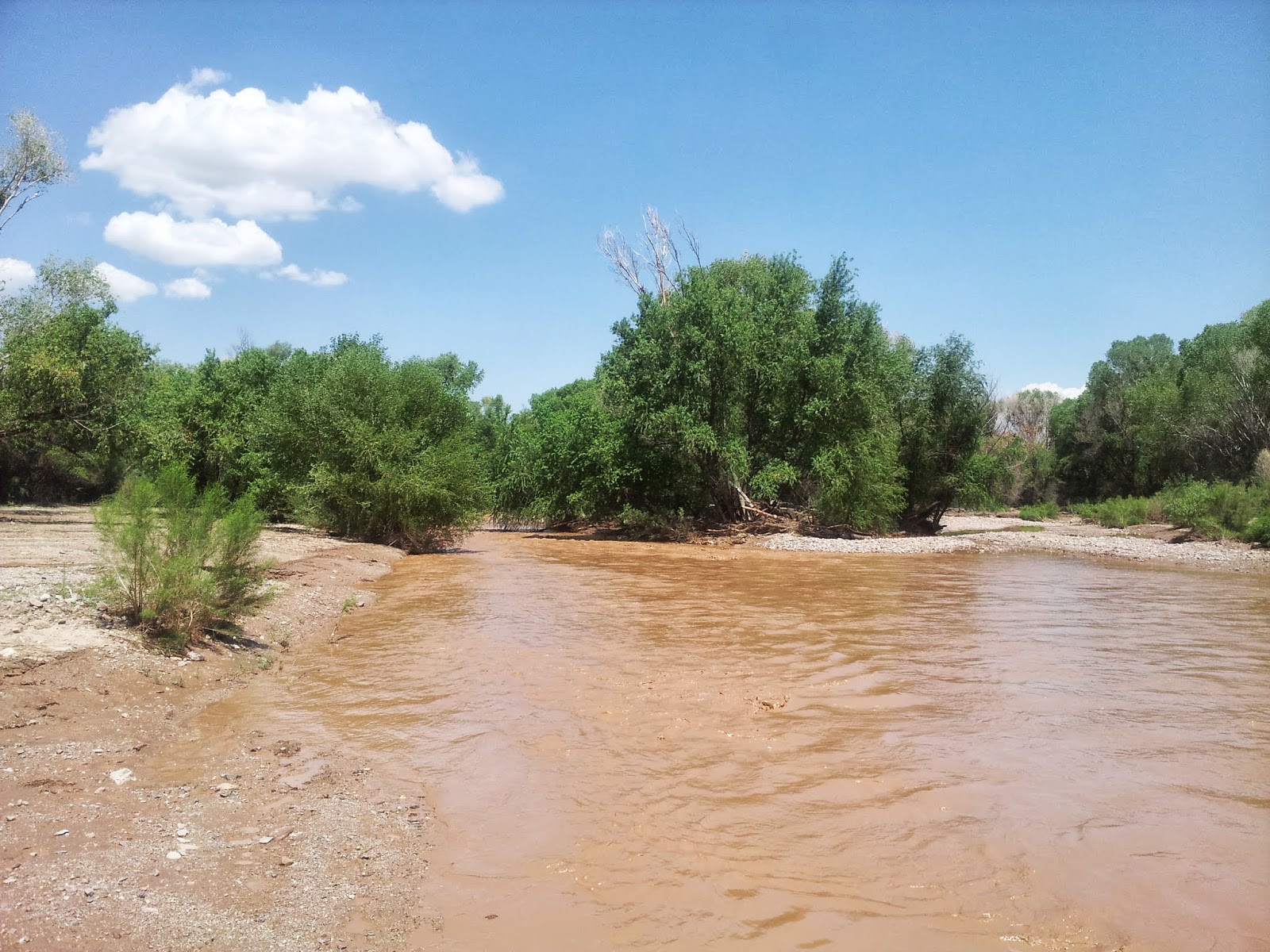 I stood in the San Pedro River trying to hop right back out of it. I fell into waist deep muddy water and the strong current was trying to pull me downstream. My footing found a cut bank underwater and I stepped up quickly pressing my trekking pole into the dry sand above me. On the dry bank, under a mesquite, I looked down at my muddy and soggy legs. I laughed out loud. I found the situation quite comical. Of course, this wouldn't be easy, not after what I've been doing for 4 months. I patted my short's pockets and grabbed my phone and maps. Miraculously, they were still dry. I must of gotten up out of the river quicker than I thought.

I found a wide, shallow ford to cross. Soft sand under my footing loosened up and my shoes sank into the bottom. The water came up to my sternum. I laughed even louder, I gritted my teeth, and kept on for the other side. Minutes later, I stood on the other side wringing out my socks of gritty water and course sand.
About 6m later I came upon Beehive Well, an ignominious site with a dilapidated shack and windmill, a large water tank teeming with thousands of bees swarming around green, algae-laced, feather and bird shit floating water. The wind picked up in a desert gust and the windmill ricketed around from what few rotors it had left. The shack's tin pleated roof heaved up causing a major ruckus. I looked up at the rotors and went to the other side of the shack, the shaded side. I was at the connective point of the Vagabond Loop. I had walked through here 2308m ago and now I was tying together the Loop around the Four Corners States. I avoided the oppressive sun and hot wind. I made a few celebratory grunts and smiled. A lot, I smiled. Not more than a few lonely minutes I stood up and looked at the windmill ricketing in the wind. I watched it turn and spin, slowly the vigorously faster. I observed the shadows cast through the rotors and thought of growth within a world so largely vast that life and the will to live seem incomprehensible and imposing. The scene spun, I felt calm yet in a surreal moment. I was alone and I chuckled in disbelief. With an impulse, just a machine with a drive mechanism, I turned and headed up Putnam Wash. I still had 100 or so miles to complete. 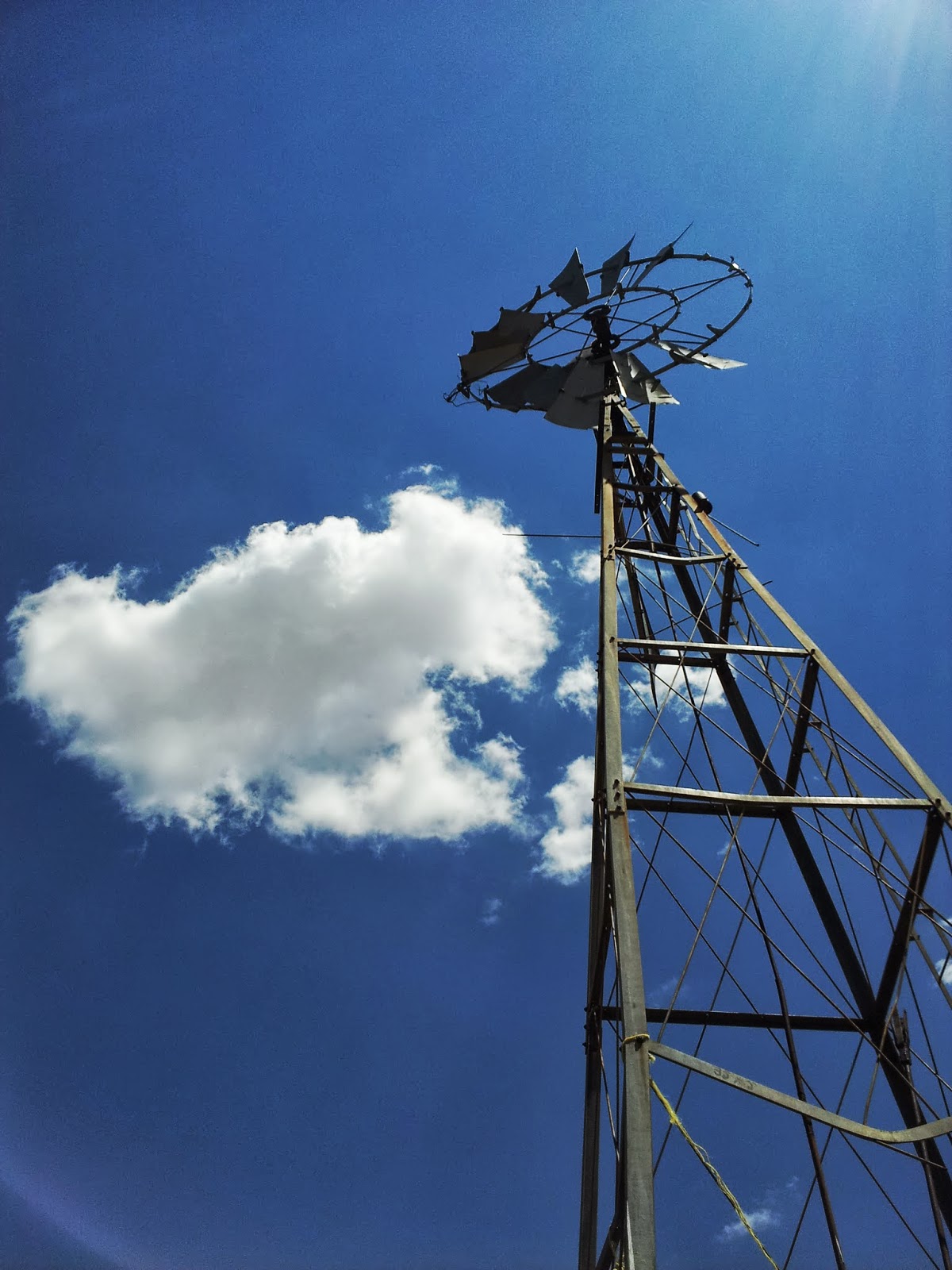 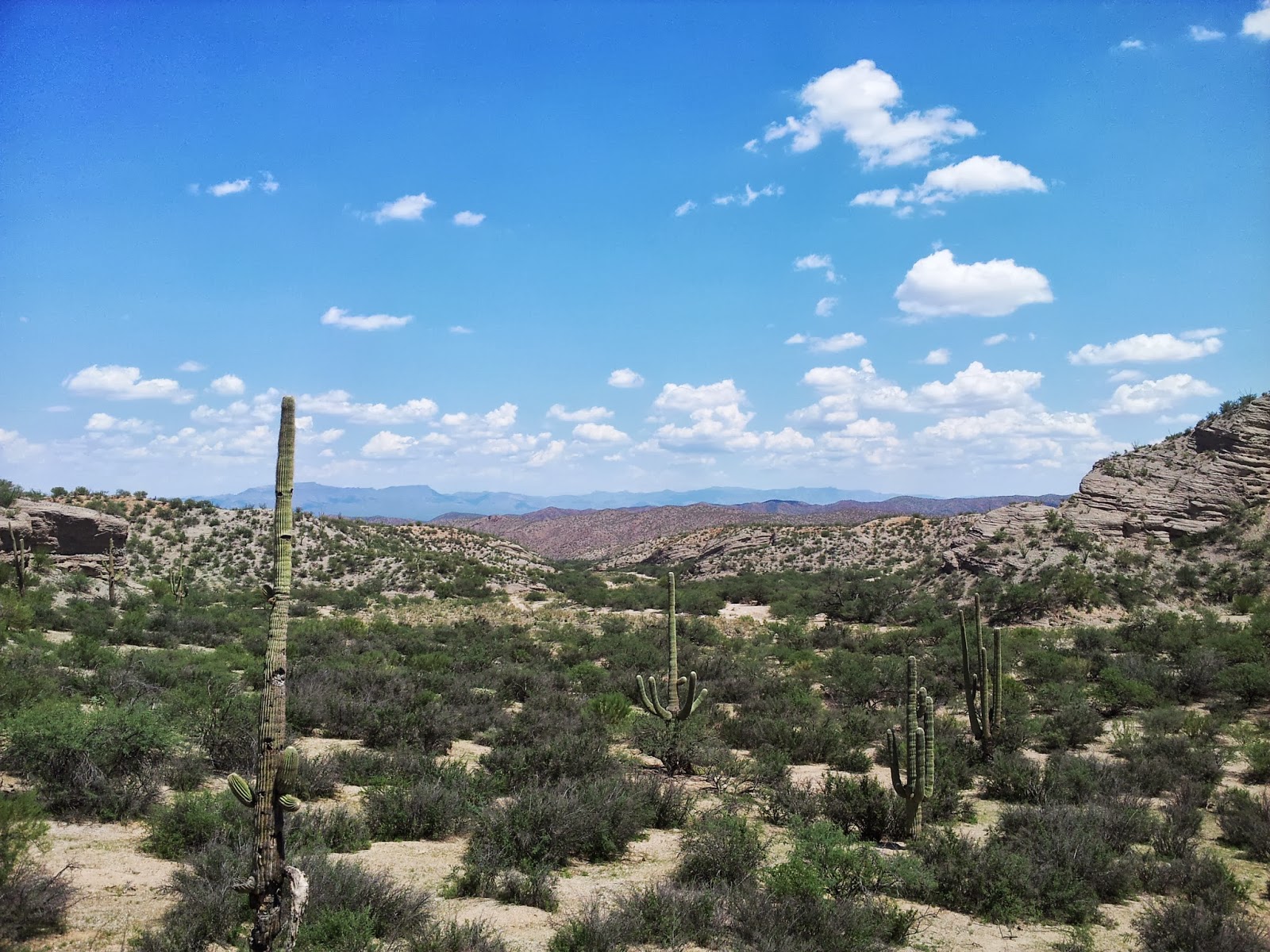 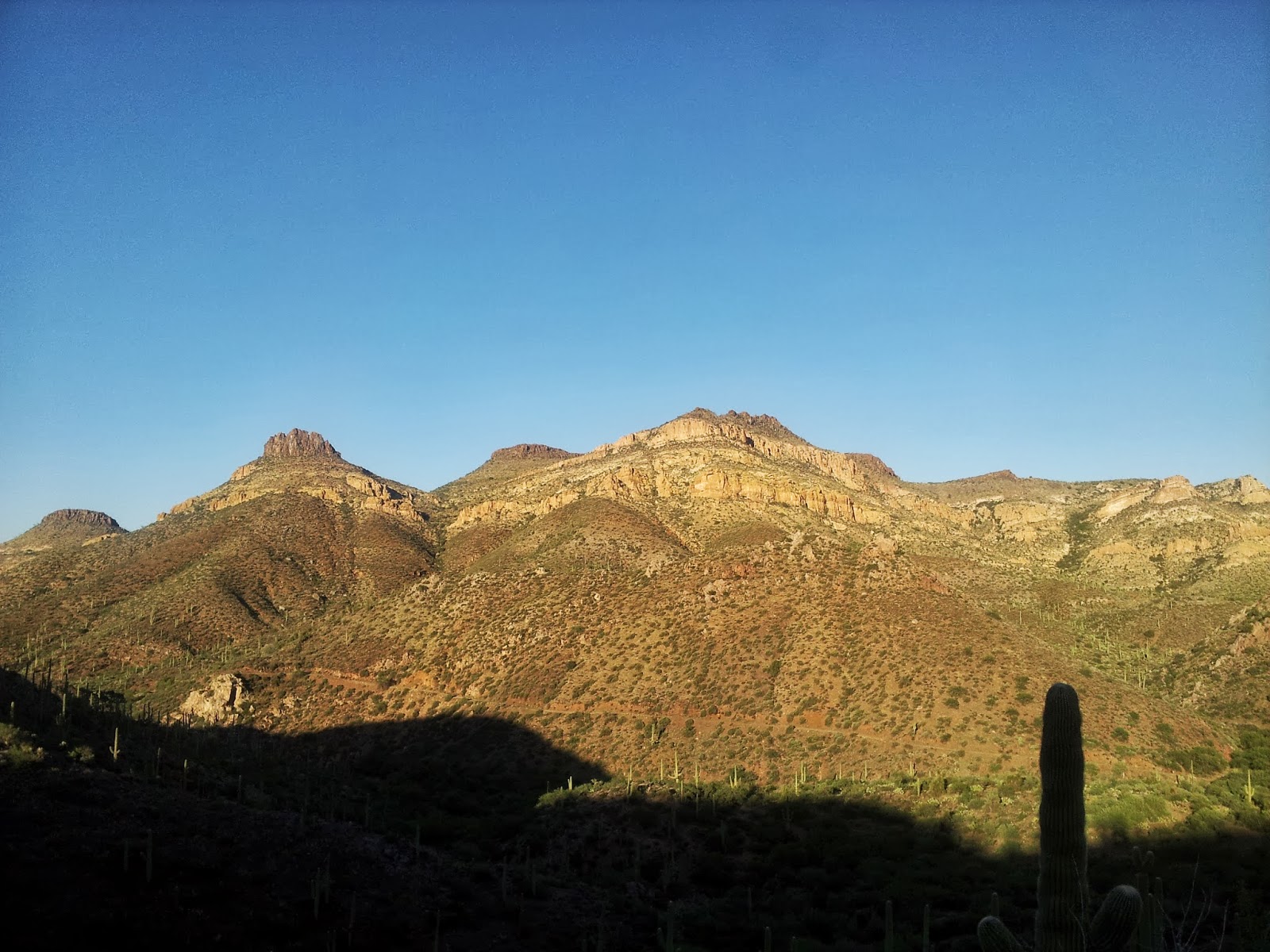 I re-traced my footsteps on the AZT for about 65m. My feet got excited upon hitting well-groomed trail, my brain fell to an automated state. I felt relazed, so the only thing to beat was the overwhelming Sonoran heat. Temperatures swelled up to 100 degrees and I drank water by the liter, gulping down huge swigs of warm, green tinted water. But I kept walking with my head down trying to block my face from the vicious sun rays, for shade was plenty scarce. The Gila River Canyon got even hotter and my mind began to get negative. I felt the effects of a sun so hot. My feet grew hot and sweated from the scalded earth, my arms burned, and my water got even hotter. At the end of the blazing corridor I went up a wash drainage and eventually up to Walnut Canyon where I knew the GET route would take me past an Artesian Well. Under a large willow I gulped down 3 more liters, as the grazing cattle inched their way near me. They too felt the effects of the most dominating sun.

At dusk, I ran into a bull javelina and he stood his ground. I climbed the hillside around him and pesky thoughts of the pot-bellied beast flickered through my weary wrought head as I tried to sleep under a wide star lit sky. I awoke some time later with a coyote barking at me from about 50ft away. I groggily yelled at him to quiet down. My temperament was becoming cantankerous from this environment.

I entered the Superstition Wilderness some miles later after a 3000ft climb under a huge, hot morning sun. Salt stained my shirts and through my long bearded mustache I tasted the salty course hair touching my parched lips. My hands swelled, my eyes squinted behind dark sunglasses, my skin reddened, and the terrain became tougher. Trail became swallowed up by thorny brush and I winced in pain at every rip of flesh. I would stop and look down at my legs to see either crusty or flowing blood. Red gnats would swarm the wounds. It was too hot for me to care, so I just kept hiking along.

Water was surprisingly plentiful and potable. I stopped at every source and guzzled 2 liters. I drank more than 3 gallons of water for 3 straight days and I still was dehydrated each day. Towards the end of those days my head swooned in dehydration and too much exposure to the sun. All I wanted to do was to sit in cold water in some shade. But I kept on, I had to, my internal drive kept pushing me; the end was too near. 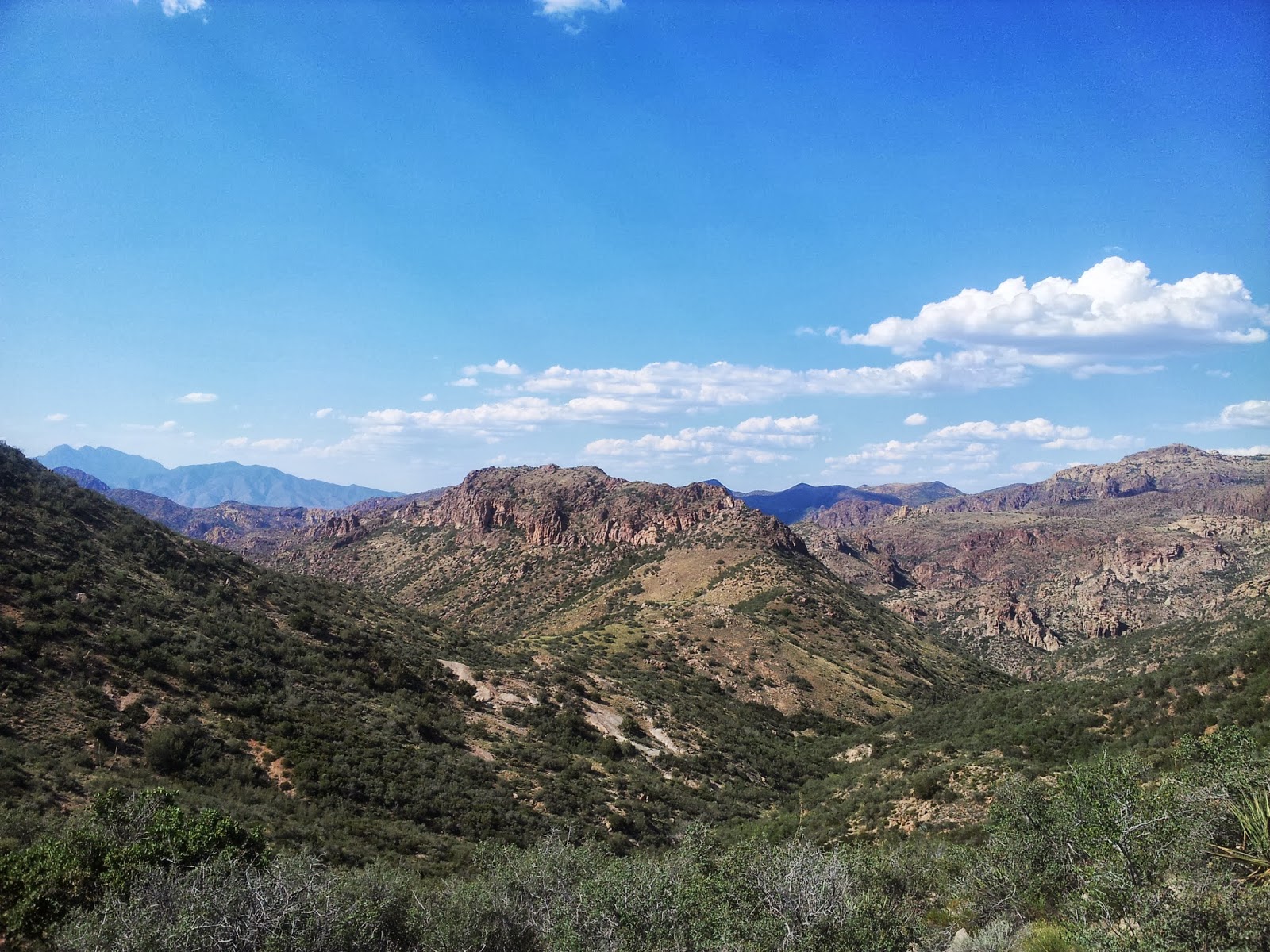 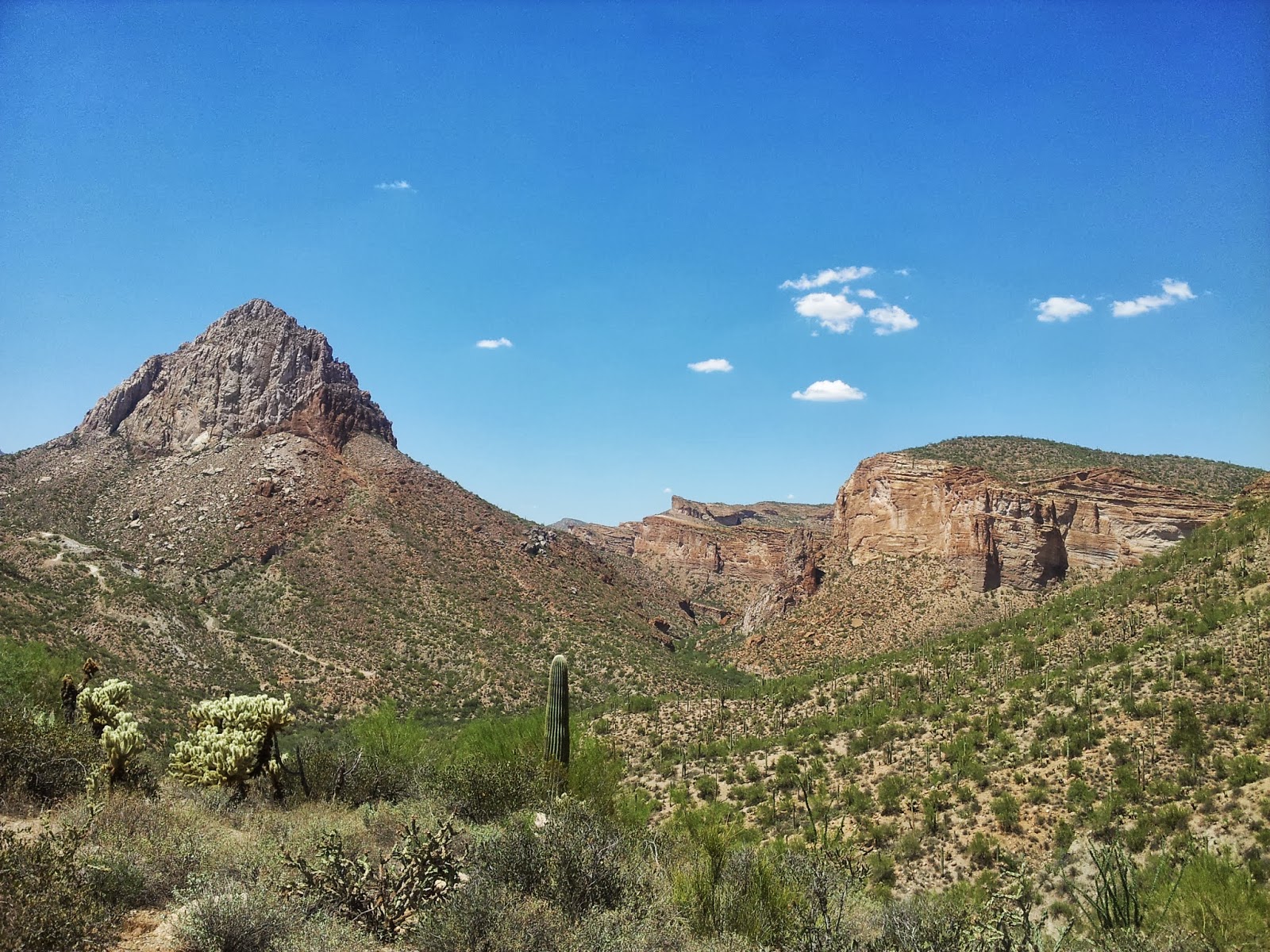 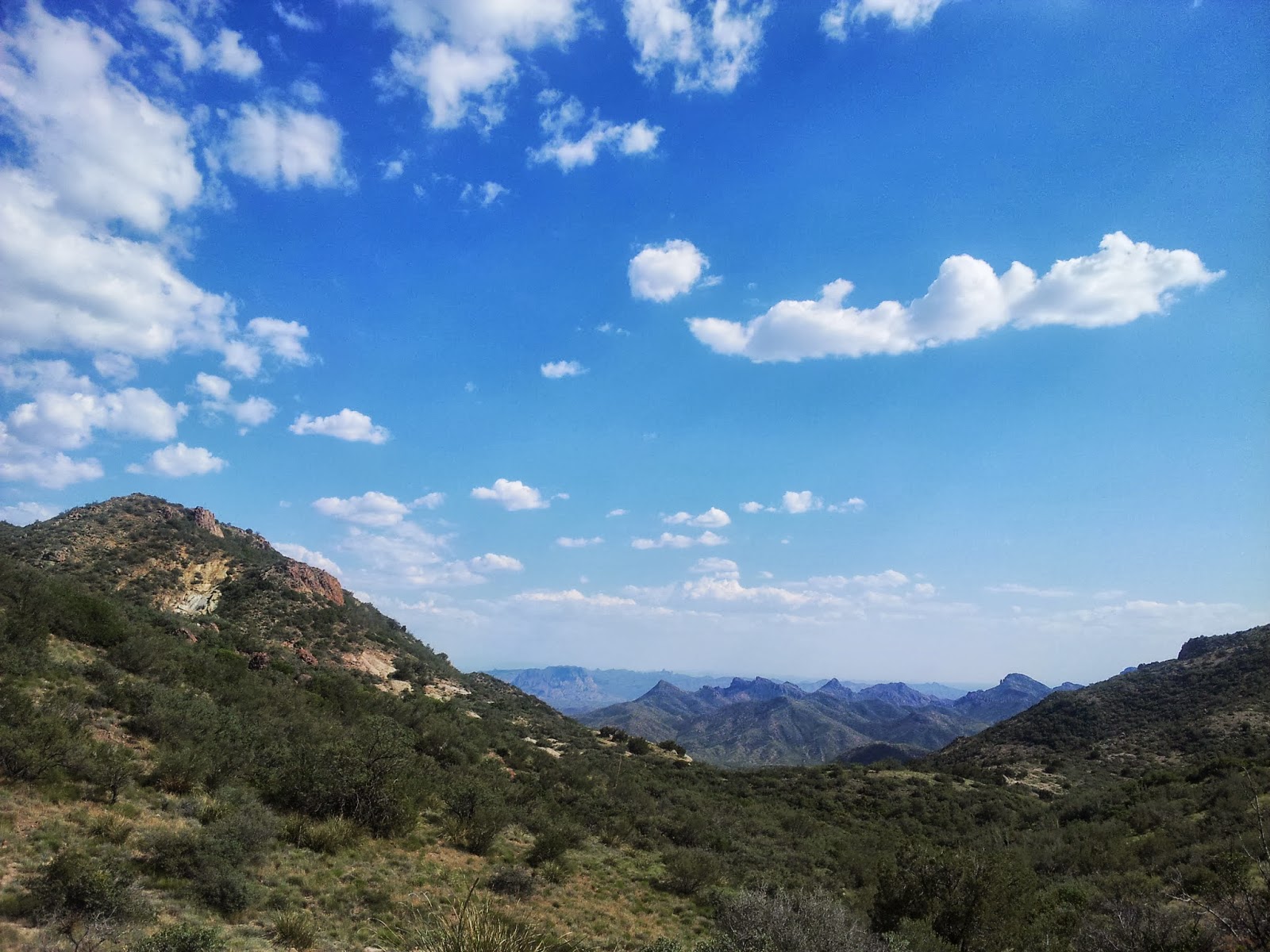 The Superstitions were lined with craggy canyons. The rock was sharp and knife-ridden, the hoodoos misshapen and contorted as if sloppily piled together, massive buttresses loomed over deep chasms, and within the dark recesses of these canyons water sat stagnate. The colors of the canyons and mountains were soft and tinted in earthy tones but there in lies there deception. What seemed so inviting would kill you in a flash.
My last night at camp, on a viewful saddle, with the lights of Phoenix shimmering in the west, I stood on a sharp, rocky outcrop that fortified one gulch from another, and gazed at the fading silhouettes of rounded buttes and gentle ridge lines, even thought the reality of the range proved otherwise. I reached up, stretching my arms and back. I yawned and I thought: 'I must be the only one around in the crazy wilderness.' This vagabond laid down for one more night of loneliness along the Vagabond Loop.


The next morning the heat rose before I did. I followed overgrown trail and my legs stung in sweat from more flesh-ripping. I did not take a break and just plowed through whatever was in front of me. I pondered greatly what I would be doing later that day or how was I going to get a ride, or what I was going to eat. I rinsed my shirt off at First Water Creek as the mountains seem to end. In culmination of a tough and arduous summer, I stumbled into a parking area and softly yelled out excitedly in a parched manner. I looked around: no one. Just heat and white dirt. I could smell the heat and the insides of my nose stung. I took a swig of hot water feeling the liquid scald my innards on the way down into my belly. I pumped my fist and took a couple of quick pictures and walked down the dusty, hot road. 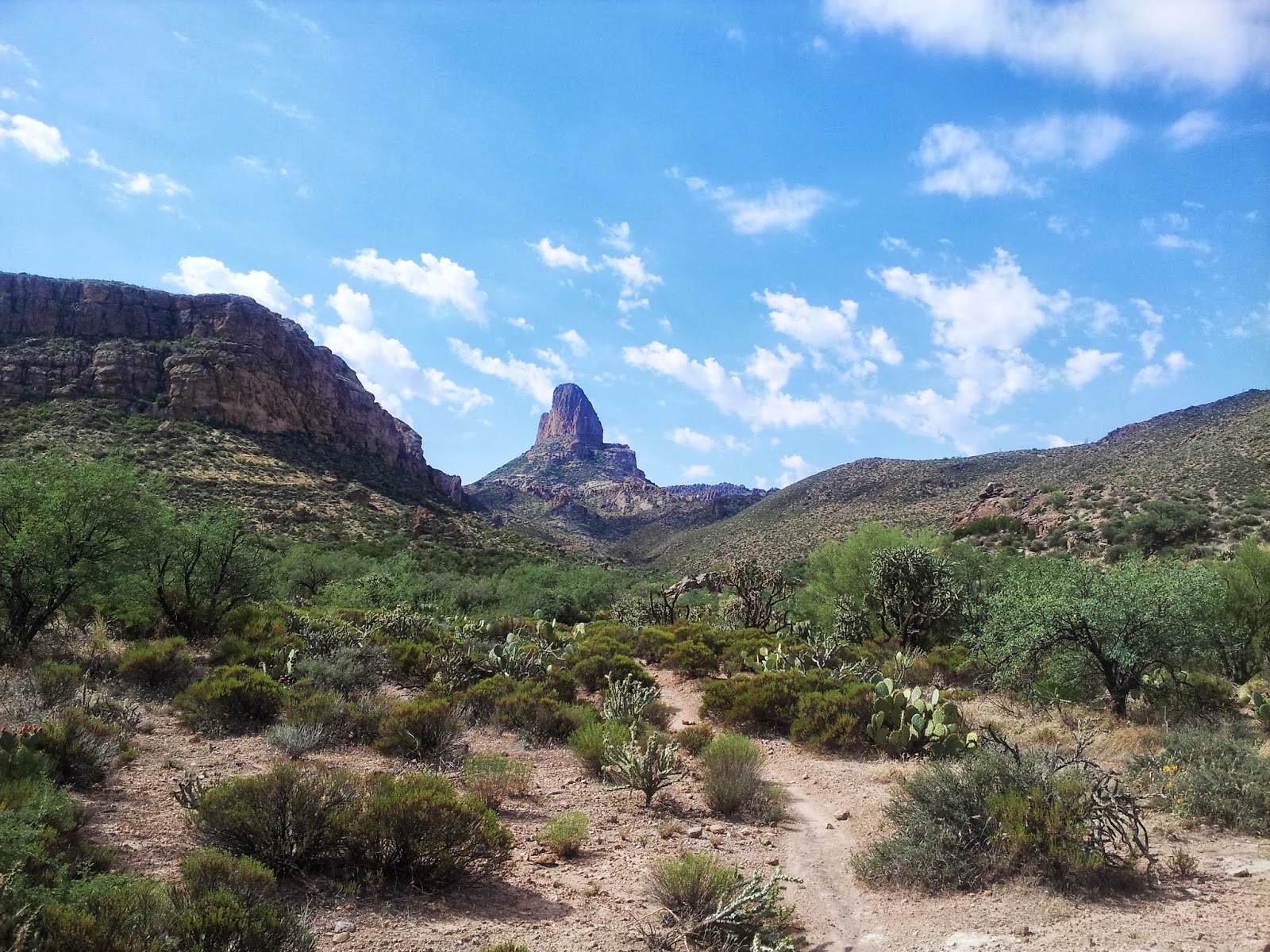 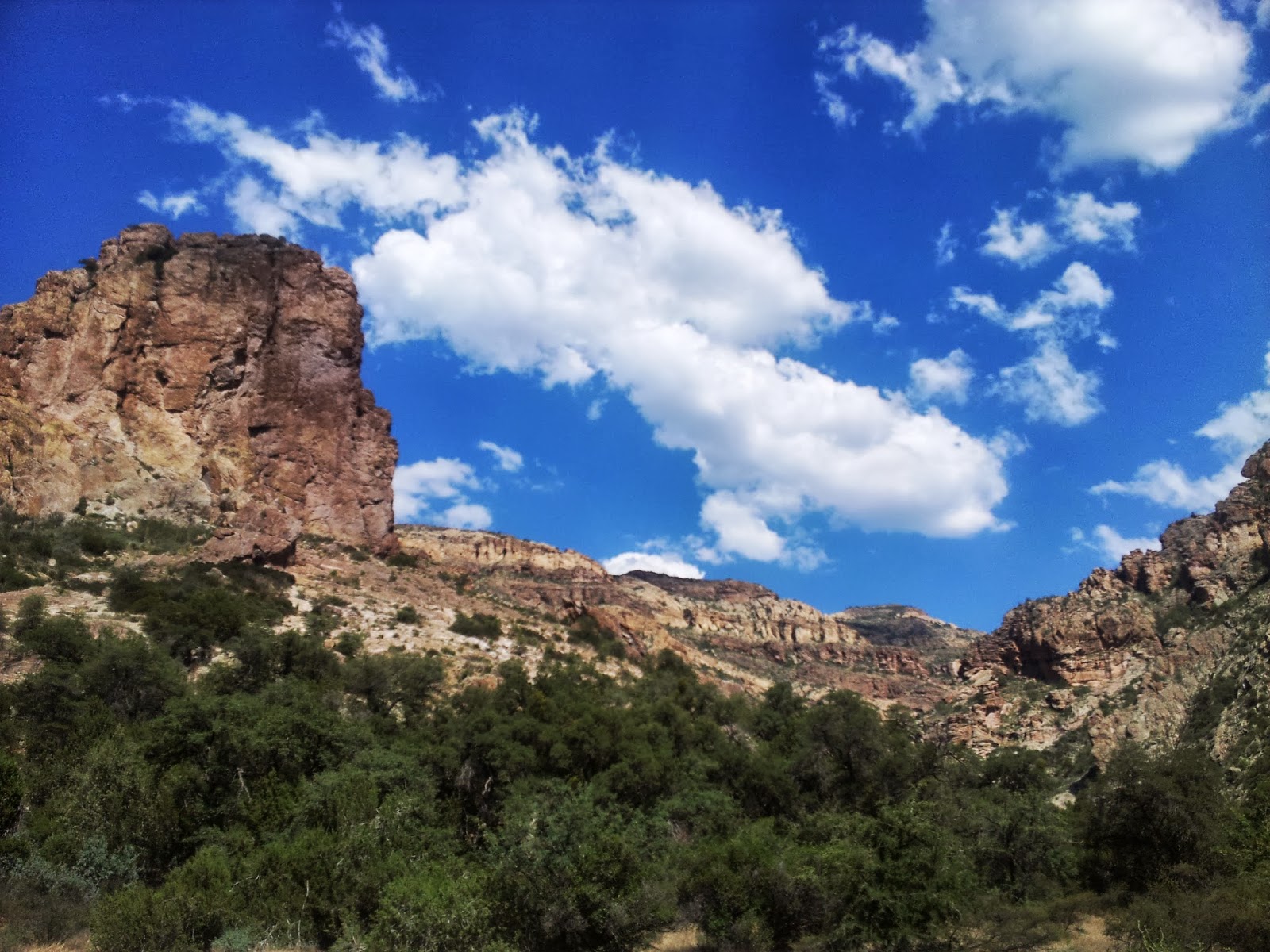 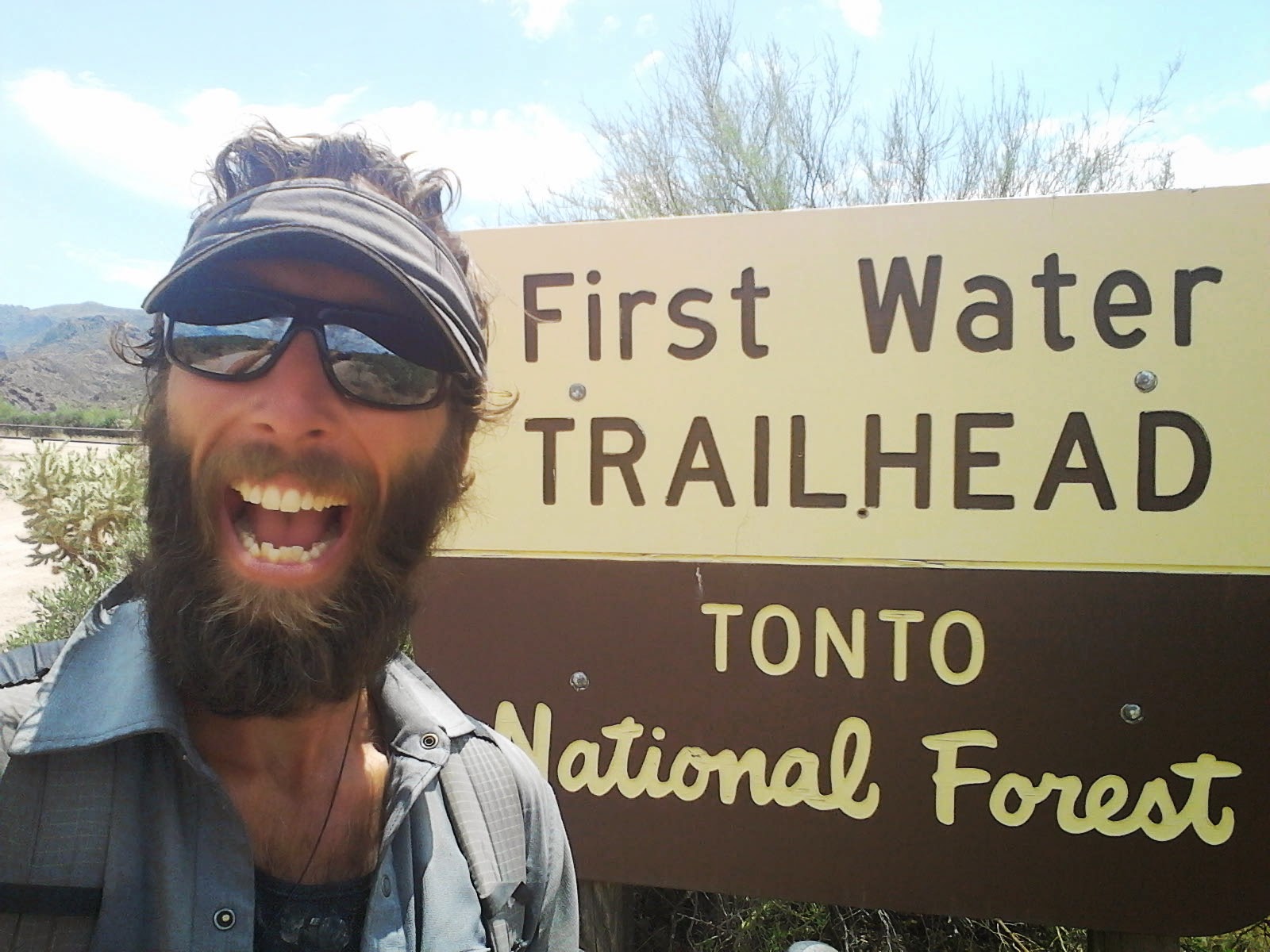 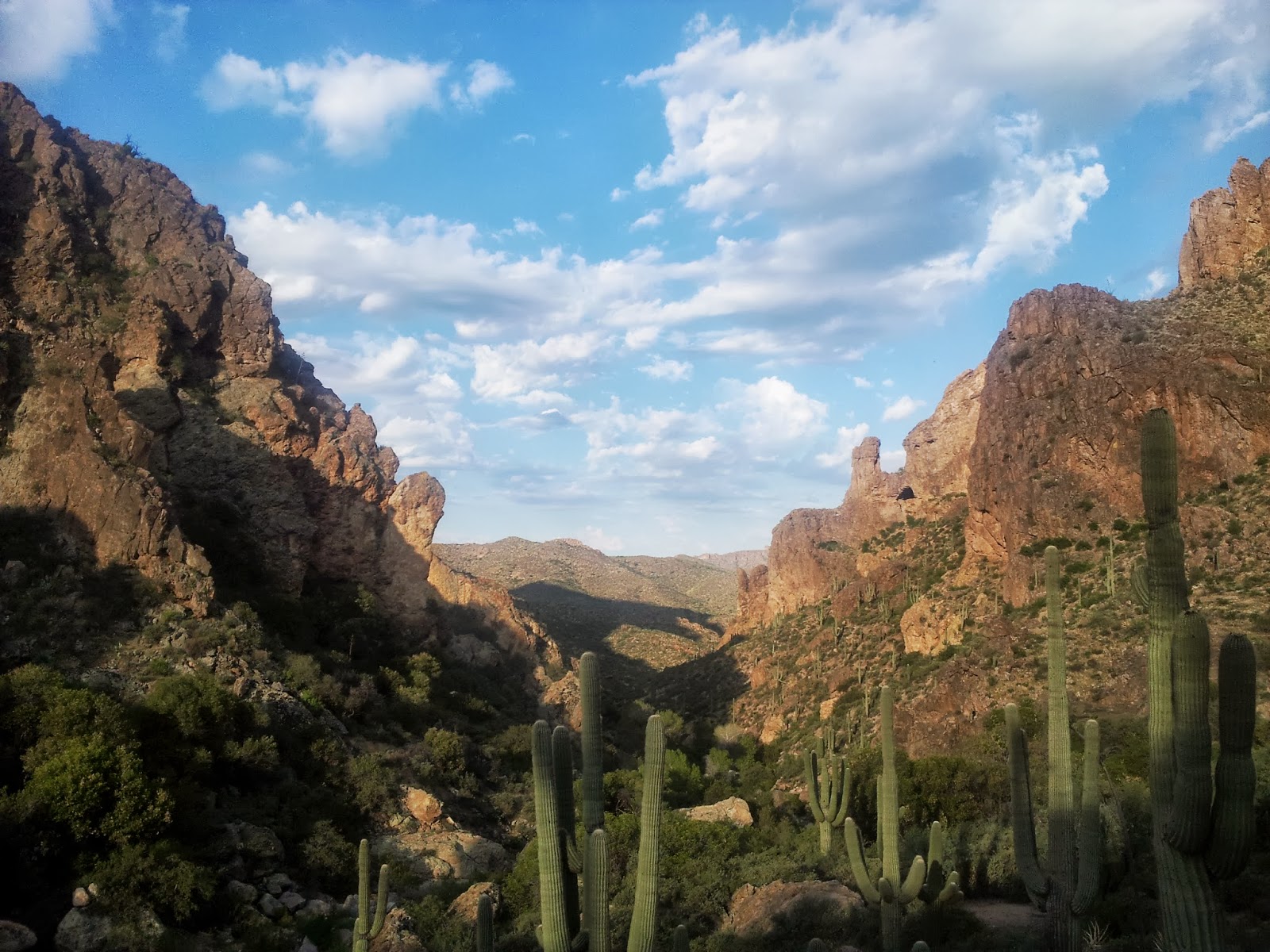 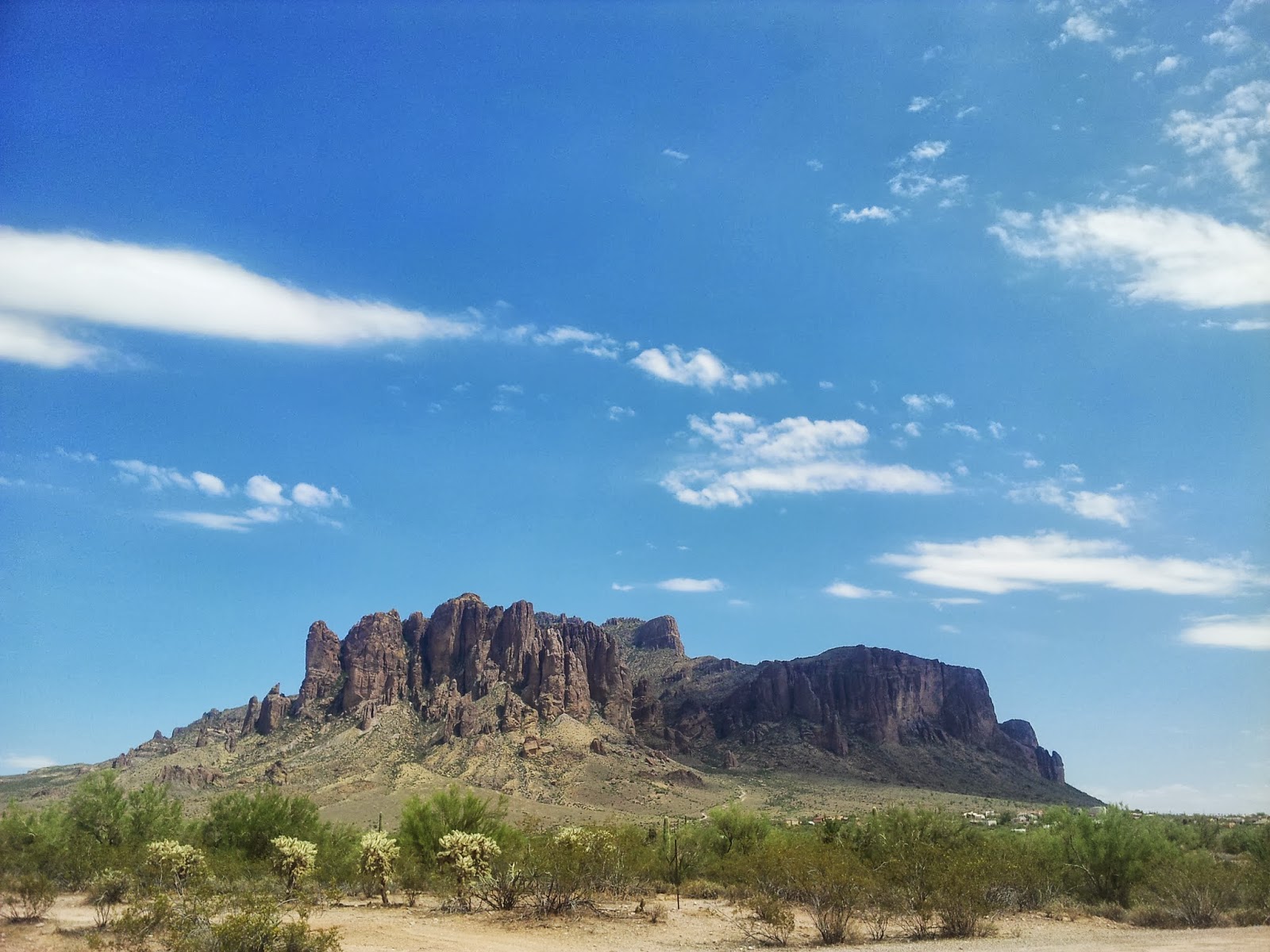 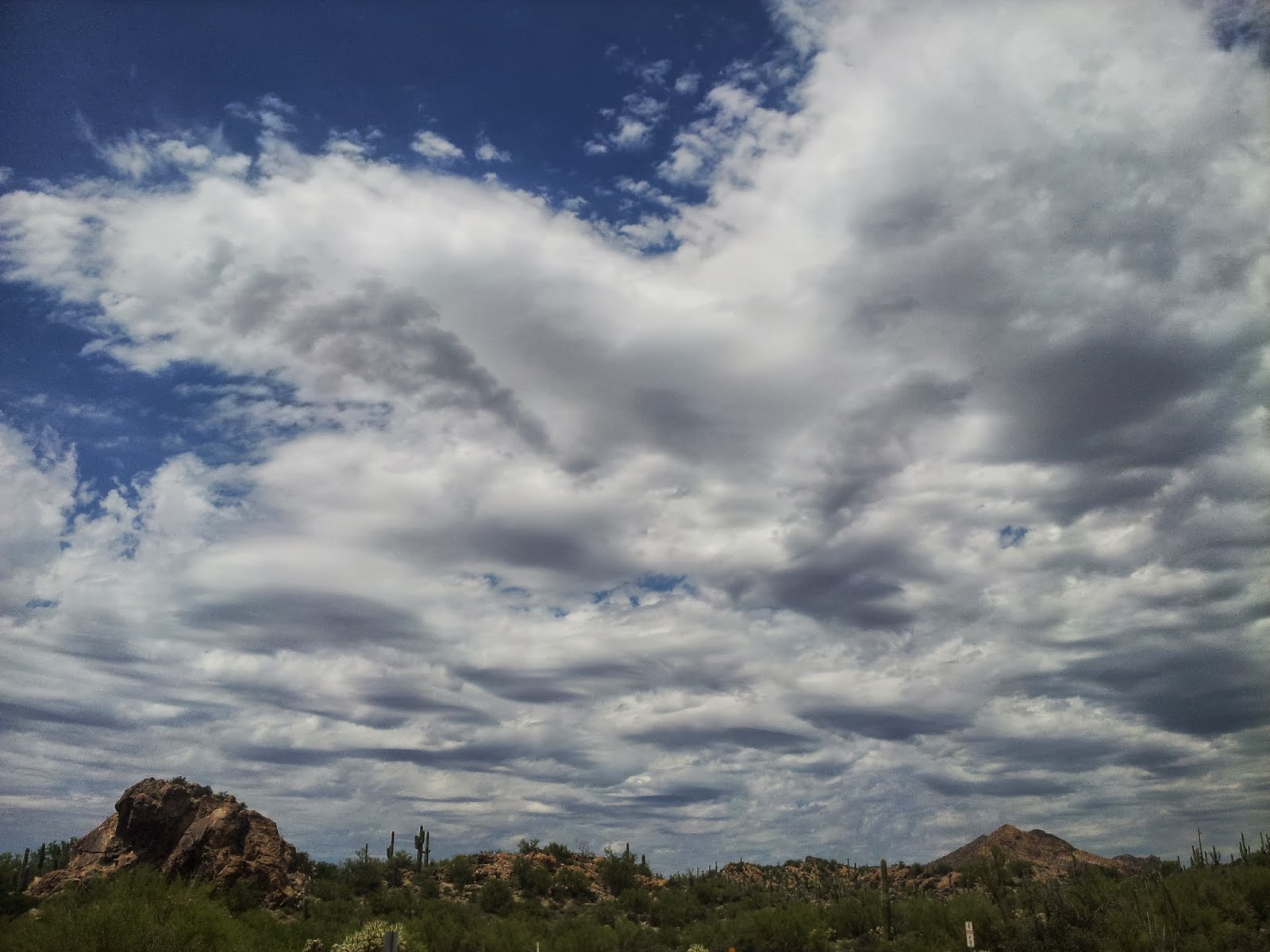 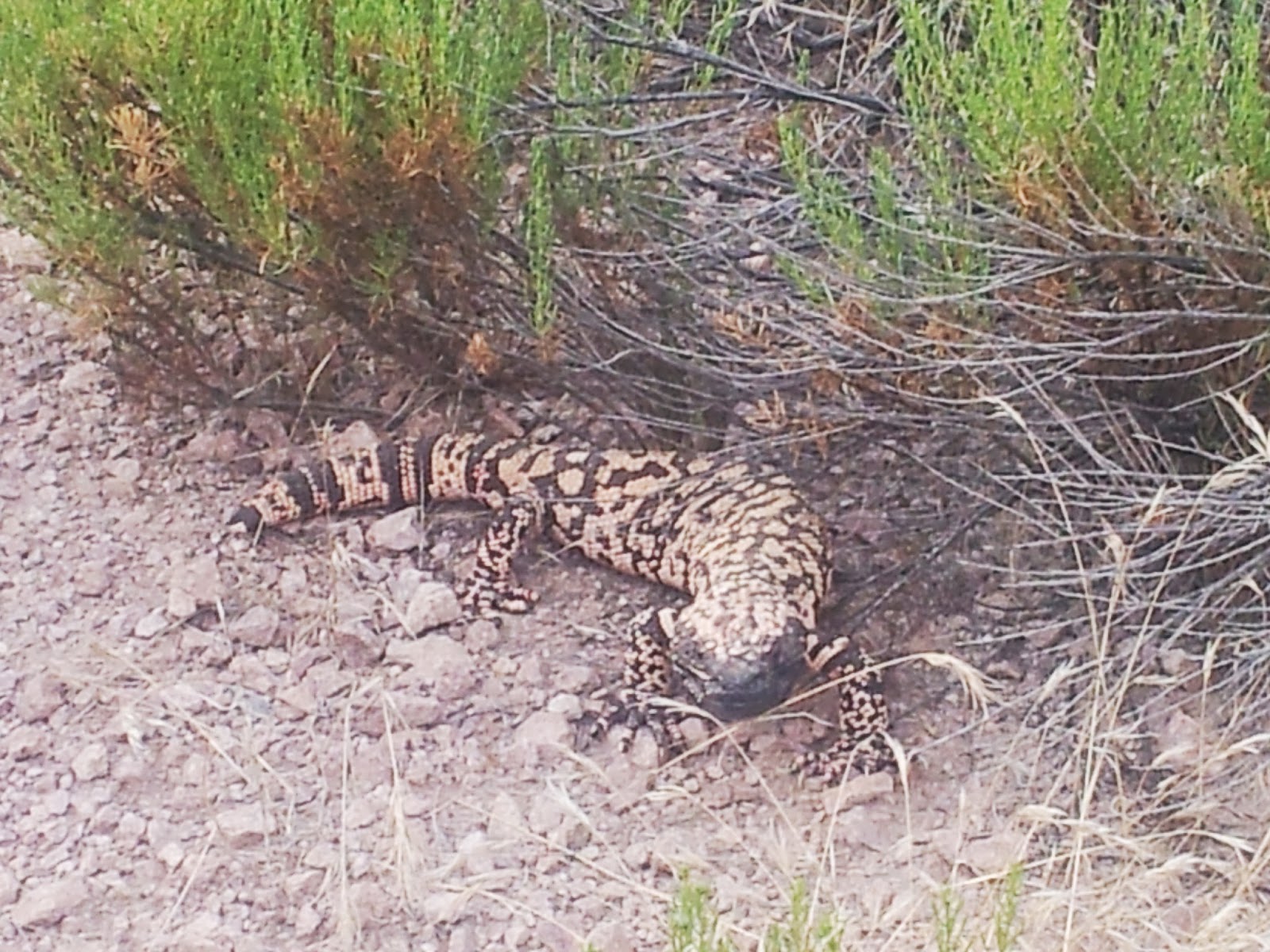 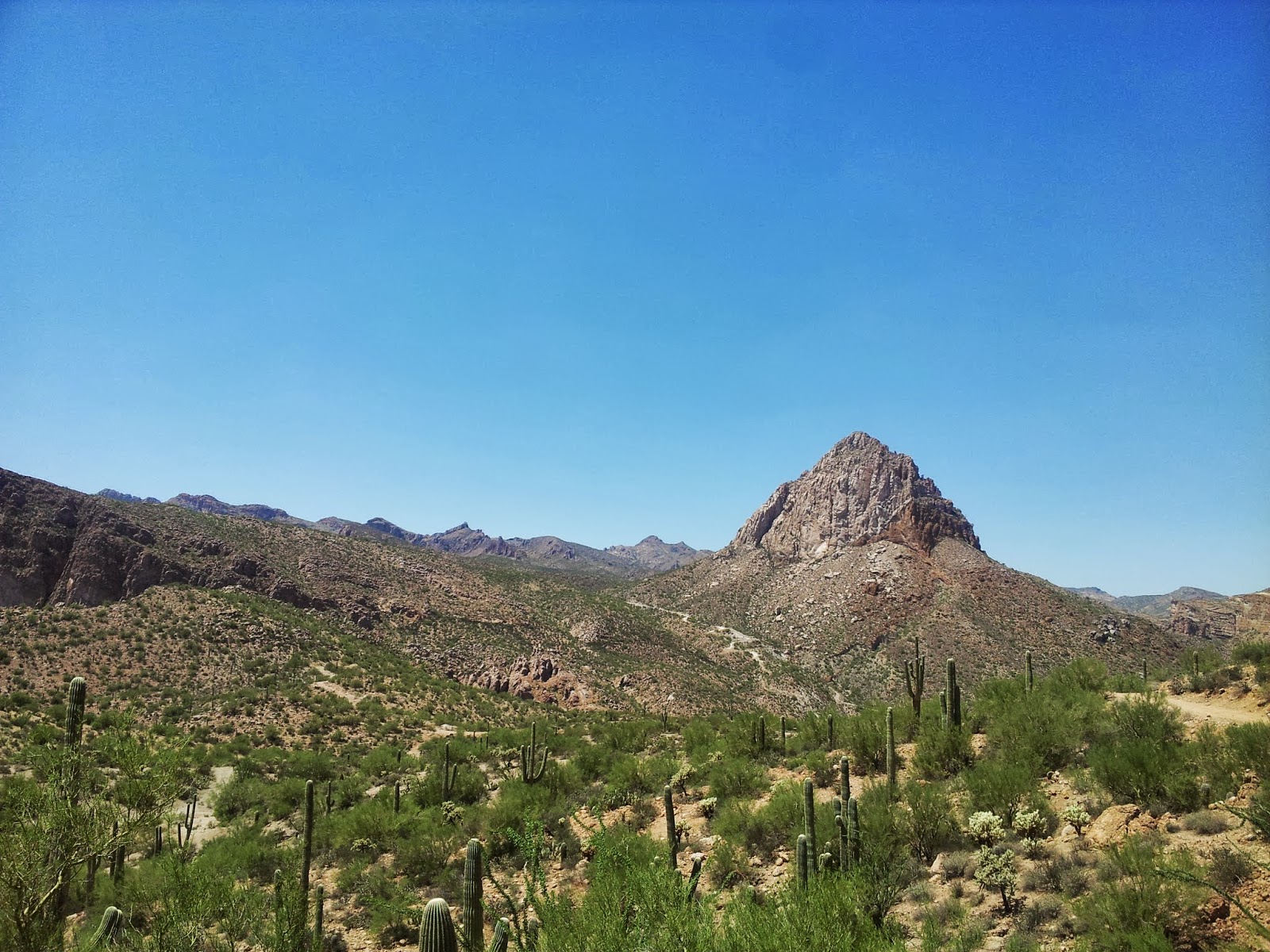 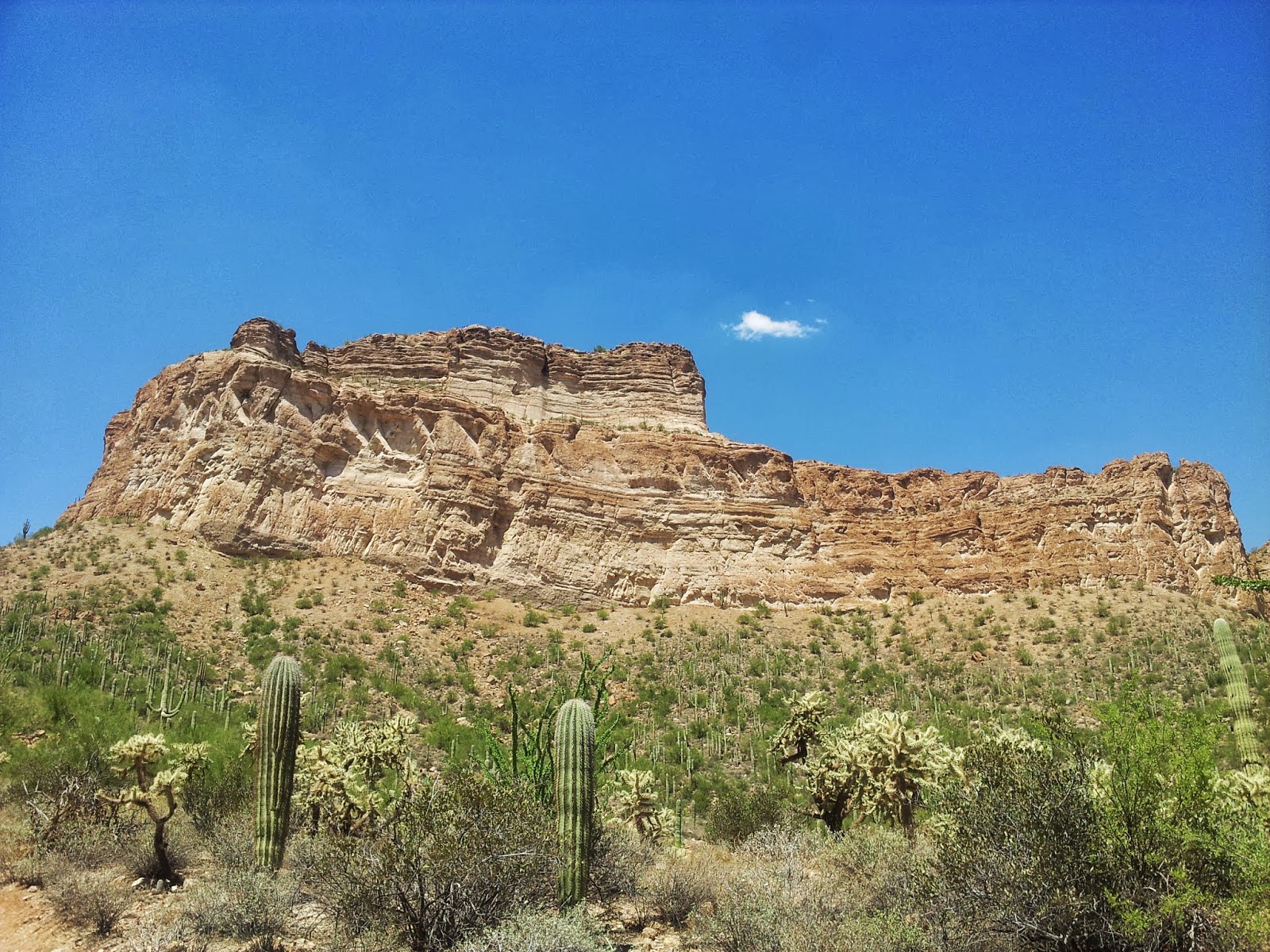 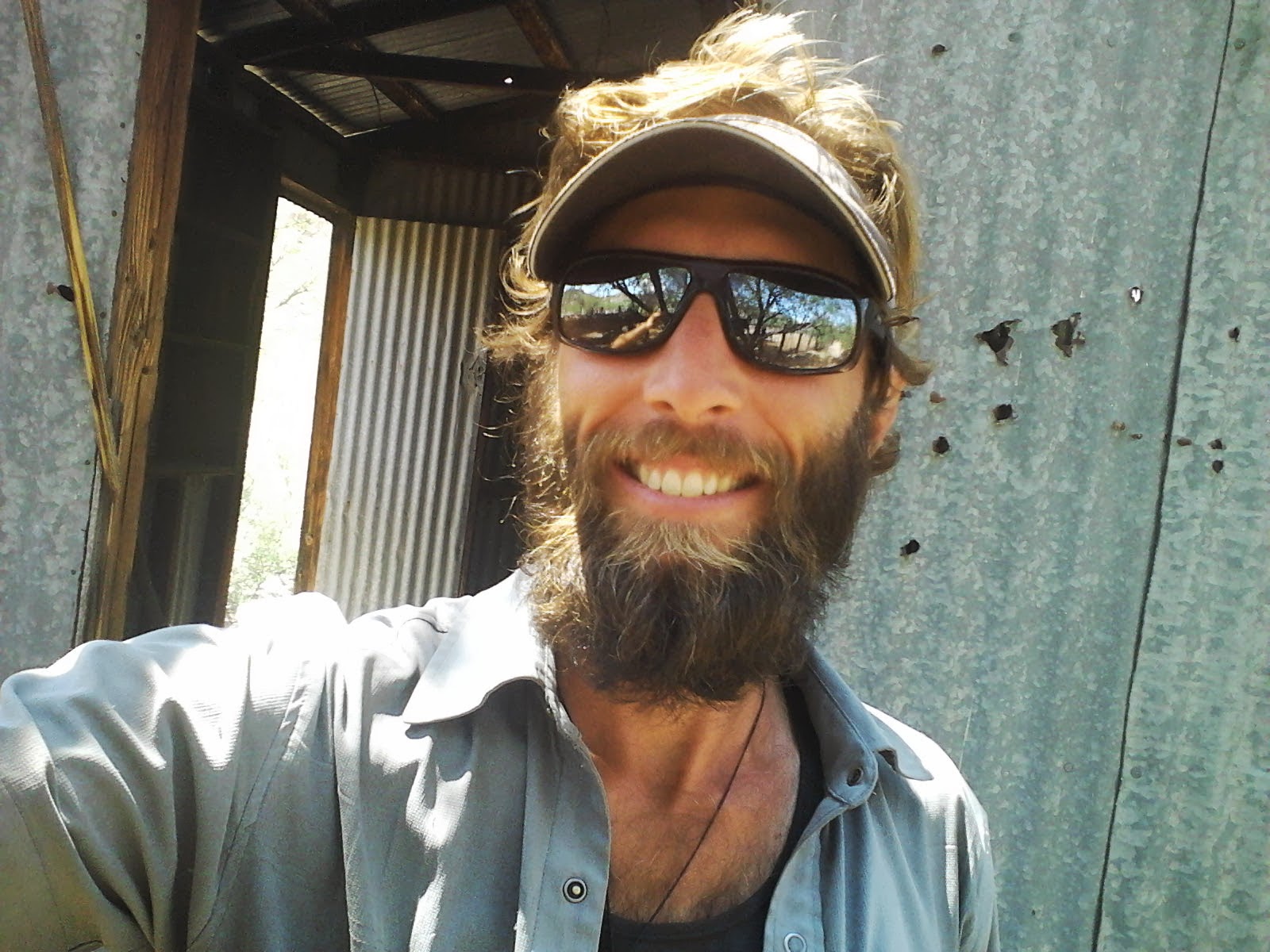