I left Superior alone. I walked on down to the Farmer's Market and found a breakfast burrito and a hitch in less than five minutes. Then, in 15 minutes later I was at the Picketpost Trailhead taking my first steps north since I met Lint in Rawlins last July.


We had to part ways. Our paces and our goals were in different places. The day before fattening up at the water cache he turned and said to me, "I'm out here on vacation while you're on a mission." There was a lot of truth in that comment. But that's okay. Lint has been a big, impactful influence in my life. Till the next trail... 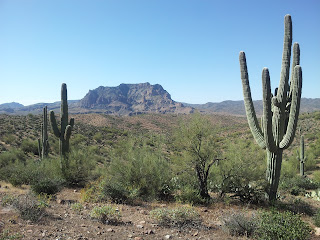 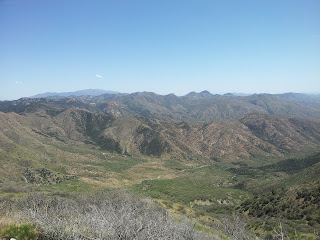 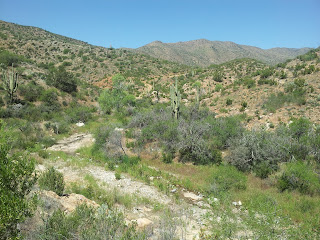 Alone, the miles came easy. The first 6m easily lulled over desert hills though my concern for water was still on alarm. Then I entered the narrows of Whitman Canyon. Huge cottonwoods in bloom and a small running creek greeted my parched eyes. I kind of stood in disbelief at what I was witnessing.

More miles flew by and I climbed up Reavis Trail Canyon to the crest of the Superstition Mountains. The higher I went the larger the trees became. Enormous oaks lined the Rogers Trough Trail. At a small, woody junction The GET split off from the AZT. 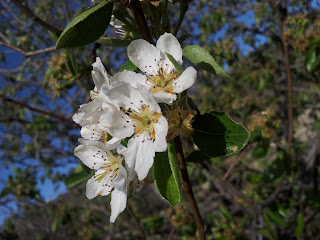 A short climb later, up and over a pass, massive pine groves followed Reavis Creek all the way to the ruins of Reavis Ranch. The valley greened up and the air became fragrant. I wasn't sure where the aroma was coming from, as I walked into the apple orchards with my nose in the air. The apple trees had white fragrant blossoms and I sat under a big one and ate dinner. After, with my olfactory senses sloshed with fervor, I lumbered up and over another small pass. Eventually, I made Walnut Spring and made camp after 30m. 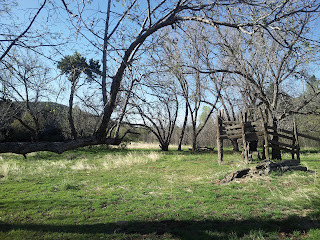 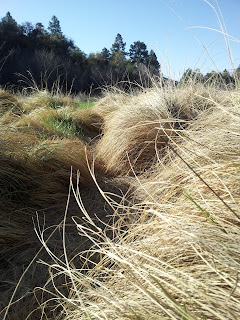 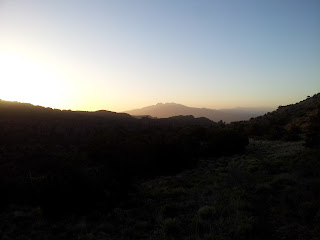 The next morning I met Hardcore, another AZT thru-hiker. This was significant to me as this was my first trail encounter with another hiker in some time by myself. It was refreshing.

The trail became a jumbled rock mess and once I hit Cottonwood Creek the trail became a bushwack. From the crest I could see the Four Peaks Range, the next leg. By noon the trail spilled me out onto a highway and I found my way to the Marina. A strange feeling to be walking down a 100yd pier to get my food package. The scene was quiet with nothing but the wind blowing, ending an easy section. 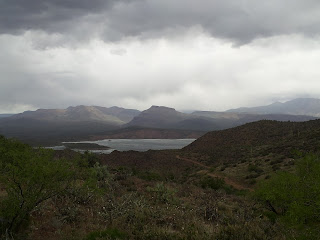 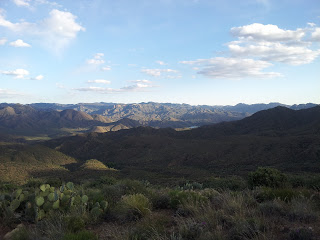