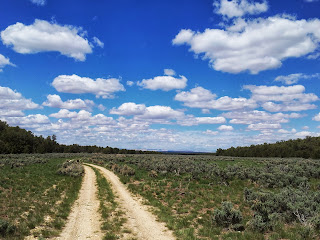 I had a great stay in Jacob Lake. The people were friendly and I was showered with pleasant social interaction. I met 2 couples from San Diego, a father/daughter team from Boston, and a young couple from L.A. All had great personalities and interest in what I was doing. I passed along tips about ultralite backpacking and hints to Grand Canyon backcountry hikes.


I left Jacob Lake after a big breakfast and instead of taking the AZT down to stateline I took the road in Orderville Canyon, which I hoped would shave off a couple of miles. The day flew on by and towards dusk I sat in the same spot where Lint, S.O.L., and I sat upon our completion of the AZT. A couple, also from San Diego, chatted me up. They seemed a little wary of me at first but soon loosened up, especially the woman. The man seemed to be a little on guard and stood facing me sideways the whole time. The woman asked me 'Why?' I told her of my neck injury a couple of years ago and how my perspective on life changed, that I didn't want to have any regrets and say 'I wish I would've' when I turned 40. The man blurted out, kind of snarky, "Well, we always have regrets." I held some compassion for him. I could see the pain behind his eyes. Small regrets we can all get over, but large ones, the few that we have, are almost impossible to get over. Sure, I have small regrets: I should've pursed some girl more, I should've went there, etc. yadda yadda yadda. I can get over that crap; that's small, petty stuff. But had I not chose to pursue my passions and goals, namely the PCT and the lifestyle associated with it, I could never forgive myself. You only get few chances in life. You better grab it...


As I left the couple I ventured back into the Vagabond Loop. I cannot tell you how excited I was feeling. Finally, positive miles! 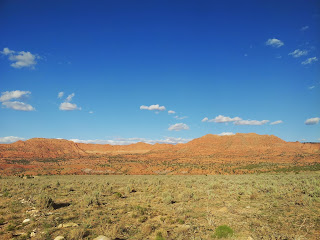 I slept at the Wire Pass trailhead in hopes of waking up early and seeing the 'Wave.' When I did waken the parking lot was flooded with cars. People were stretching at the kiosks, a line formed at the bathroom privy. I hurriedly packed and left for the 'Wave.' Wouldn't you know it, at the climb out of the wash heading towards the 'Wave' a ranger 'carded' me. She caught me at a weird time. I drifted in thought and when she asked me I could give her no other reply than that I didn't have one. She chastised me for a bit but thankfully gave me no reprimand. I had to promise her that I would leave Buckskin Gulch as soon as possible.


I entered the narrow gulch. The walls got narrower and narrower. The purple walls still felt cool from the night and the morning light hadn't made its way through the chasm. A raven flew in between the walls, as wide as my arm span, gliding from side to side to avert splattering into a wall. This kept on for a couple of miles but unfortunately the HT does not follow the narrow meanders of the true Buckskin Gulch.


Off in the wide wash the canyon walls opened up to let the heat in. Eventually, I attained the highway. Much of the rest of the day followed Park Wash. I had no real obstacle except for some sandy stretches. The wash widened to reveal red Navajo sandstone buttes. A few miles later, the White Cliffs appeared, huge buttresses refulgent with sunlight appeared like icebergs floating in the desert. 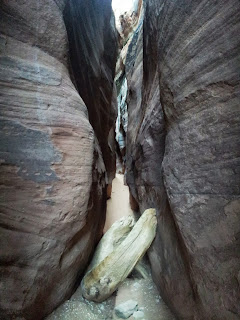 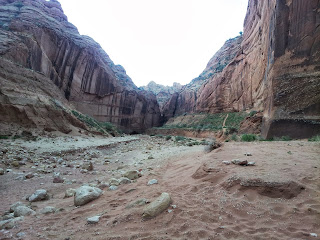 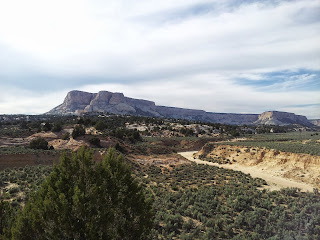 Easy walking led me to a backcountry entrance to Bryce Canyon National Park, the definite highlight of this section. I connected with the Under the Rim Trail which traverses the park beneath the coral pink cliffs. Hoodoos columned up towards the top of the rim, so crammed they were they appeared to be jockeying for some sort of advantageous position. Water and ice has ravaged the land to form an inhospitable, yet strikingly beautiful landscape. Natural bridges, alcoves, amphitheaters, potholes, and hollows decorated the cliffs. The trail laboriously went up and down, from ridge down to drainage, then back up to ridge. Over and over the trail undulated. I kept at it, motivated by the scene. I slept on a high ridge with the wind blowing incessantly. Organ-shaped pillars, all orange-pink, towered above my camp. The moon, almost full, kept the cliffs glowing throughout the night. What an amazing camp!

Why bore you, here are some photos. What a place! 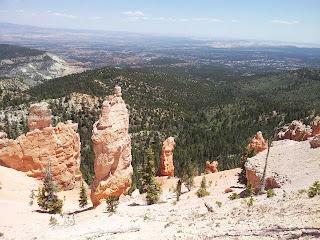 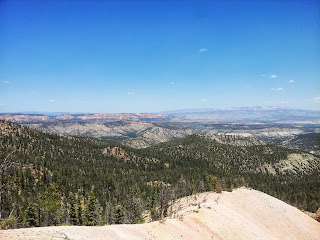 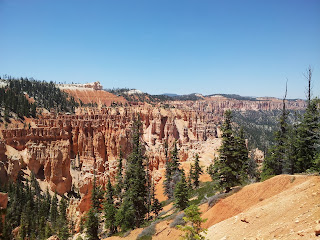 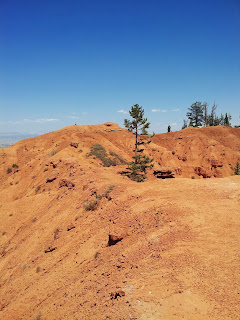 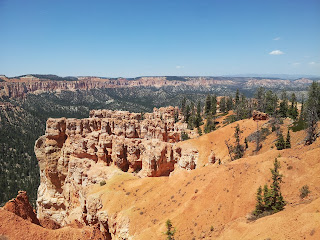 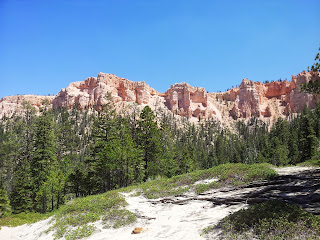 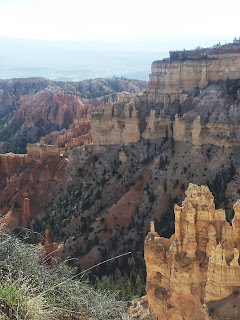 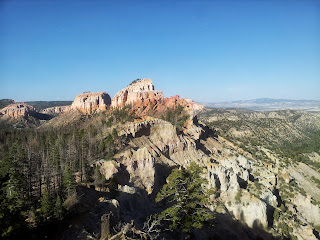 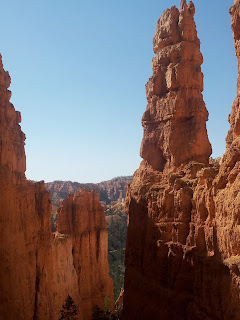 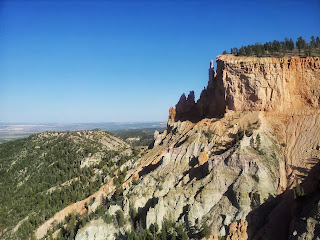 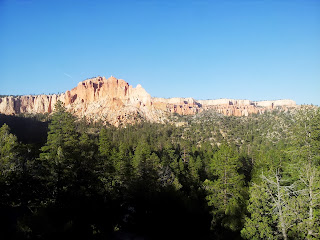 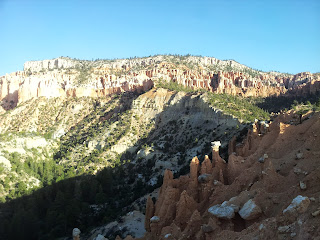 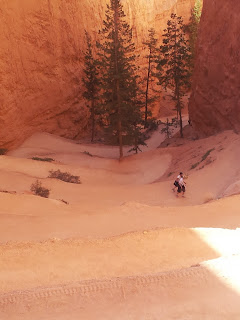 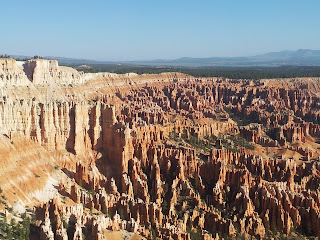 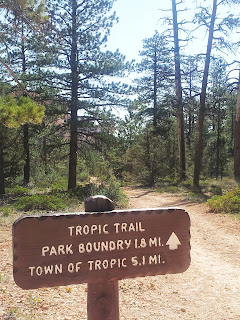 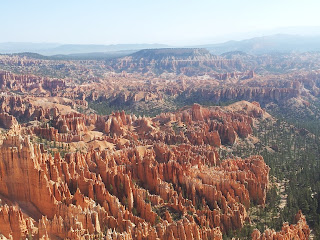 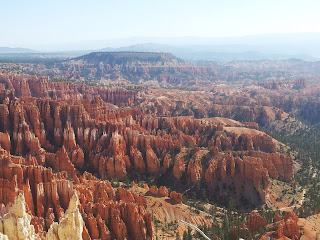 Posted by dirtmonger at 2:04 PM