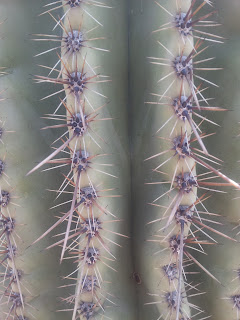 We walked away from the cowboy camp into the early evening darkness and found a camp spot in the sandy wash running through the ranch. I laid on my back and stared at the massive black, starlit sky above me. Lint quickly plunged into sleep and I couldn't attain a wink. So, I meditated, staring intently above with no care in the world. Beetleguese, the left shoulder star in Orion, shown a flickering red. Lint began to snore softly and I slowly dozed. I awoke shortly after, for I couldn't sleep, and I gazed heaven-wards again. As Lint's snoring roared louder and louder, I zoomed my focus into space narrower and narrower. Funny, being that the world is so big and that sandy wash just a speck of a microcosm in the wide world, and with Lint storming away in dreamland, that I come to an epiphany where I feel unto myself I know all that I need to know at that very moment for the rest of my time.

I hardly slept that night. I meditated deeply throughout the night. We made for an early start to beat the horses on trail and began the Saguaro desert crossing. The trail made like a spaghetti noodle across the gritty slopes, which made for frustration. This section would be great on a mountain bike but it wears in the mind set of a thru-hiker where we are geared for the relentless urge to move forward and not in pointless weaves and meanders. 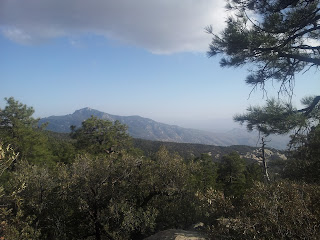 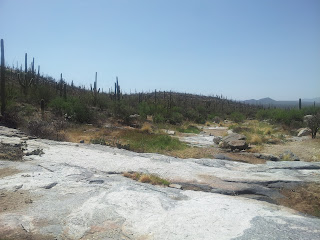 We then began the 5,000ft ascent into the Rincon Mountains. The Saguaro cacti accompanied us throughout the day until the elevation dictated life other wise. They had been somewhat of a companion along the way for the passed 25 or so miles. It was a fascinating juxtaposition to see them standing tall amid the looming skeletal power line towers. They looked eerily similar.

The biospheres changed rapidly as we went from Saguaros, ocotillos and other desert flora unto the altitudes where mesquite, oaks and cedars hold their own, and eventually to the aerie home of the ponderosas and firs on top of the sky islands. The land here is so mysterious. The Rincons once seemed so dang far away but all of a sudden we are in them and the desert valleys looks so far down below. We trudged on up the steep, precipitous climb. Lint held his own despite his rotund shape and off-the-couch fitness level. I quickly stepped on up; I love mashin' up mountains. 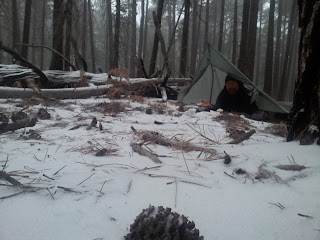 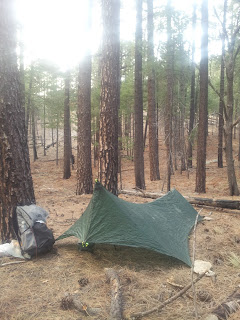 Towards the top a cold, fierce wind rushed on the landscape. It chilled my bones through my sweaty shirt. At the top at Manning Camp, around 8,000ft, Lint bonked. We ate dinner and I convinced him to give me another couple of miles, but within a 1/2m of Manning Camp, Lint could give me no more. So, we set up camp early and I finally decided to set up my Yama Stratiform, for the nights have been to spectacularly clear to set up shelter. Since I had daylight to kill I set up the shelter to get more privacy. Lint fell deep asleep immediately. I laid in my sleeping quilt trying to stay warm. The cold got colder.


Around 10p.m. the hail started. Harder and harder it fell. Lint awoke confused as the pencil-eraser sized hail bounced into his face. He ugh-ed and huh-ed and furiously began setting up his shelter while I hunkered down. The wind incessantly howled in the tall canopy of the ponderosas around us and the hail turned to snow. We woke up to about 2 inches of snow. We were both befuddled by the recent turn of events. Here we are in snow and freezing cold when the morning before we were in 85 degrees. 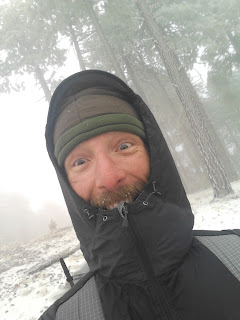 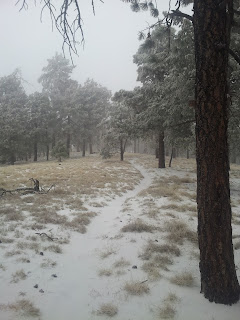 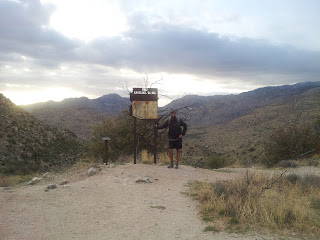 The polarity of the AZT balances my extremes in temperament. I feel composed and snug in the violent up-swings of change in the environments here; the extremes keep my polarity more stable.

We quickly packed camp and mashed trail to keep warm. Down and down we went. We ended up in a connective piece of hilly terrain between the Rincons and the Santa Catalinas.

The day enveloped in cloudiness and temperatures stayed cool. The more we mashed the more Lint's feet began to hurt. He took off his Altra Superiors and noticed the tread and sole had been ravaged by the ruggedness of the AZT. We ambled into Molino Campground and Lint struck up conversations with some campers in desperate need of sole cushioning. One of the campers, a creepy one at that, had some blue foam pad that Lint was able to shape and cut into the form of the shoe. Crisis averted miraculously. 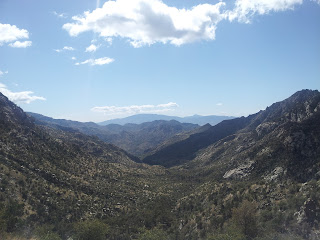 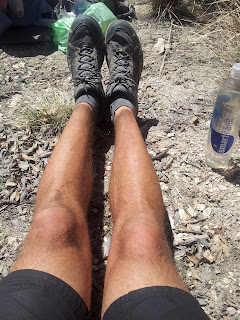 My Vasque Velocity looked hardly used and have been bombproof so far on trail.

We camped in the Pusch Ridge Wilderness at the bottom of the confluence of the forks of Sabino Canyon Creek. Another 4,000ft climb awaited us the next morning.

The Santa Catalinas have to be one of the most rugged and steepest mountain ranges I have ever been in. Steep, 90 degree gulches, ravines and canyons splay across the range in menacing fashion. They forebode a grueling day and it proved to be so, however, when you stop and look around the views held your breath and awe. Lint fared better on this climb.

At the top, we ate quickly lunch at the resort of Summerhaven. In the evening walk, we barked the whole way from the fillings of our stomachs. Farting and belching along Oracle Ridge, we espied our destination far down the ridgeline. We camped along the ridge with the wind whipping up the icy cold again. The sun dwindled down into the west and I felt to be on an island and the deserts below my ocean. The distant archipelagic ranges were the quintessential horizon of the sky islands. The haze and dust settled into a deep ocean blue. The cold fell deeper into my quilt. I ended up burrito-wrapping myself with the Startiform to obtain more heat as my quilt is basically non-functional out here. I ended up ordering a new sleeping bag, the Marmot Plasma, in Oracle.


We stayed at the Chalet in Oracle. The town is spread out but the Casa de Riviera restaurant served up some of the best and biggest Mexican food I have ever tasted. It was nice to finally shower and scrub off 8 days of glorious filth.

It is fitting to be in Oracle. Ed Abbey died here. I sometime feel my progress to be that of a fool's but there is no other life I would rather lead. 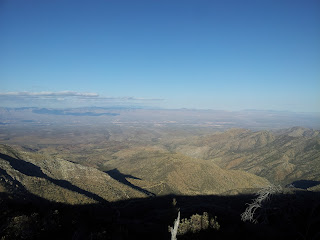 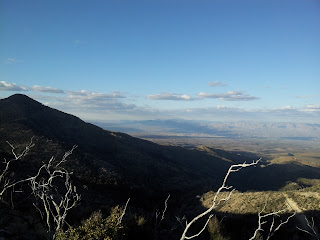 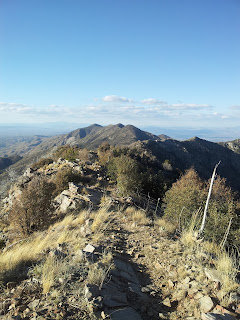 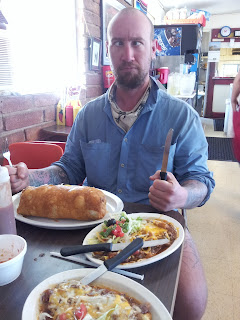 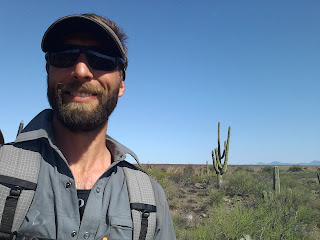